The 12-year-old was killed in a drive-by shooting next to a petrol station. 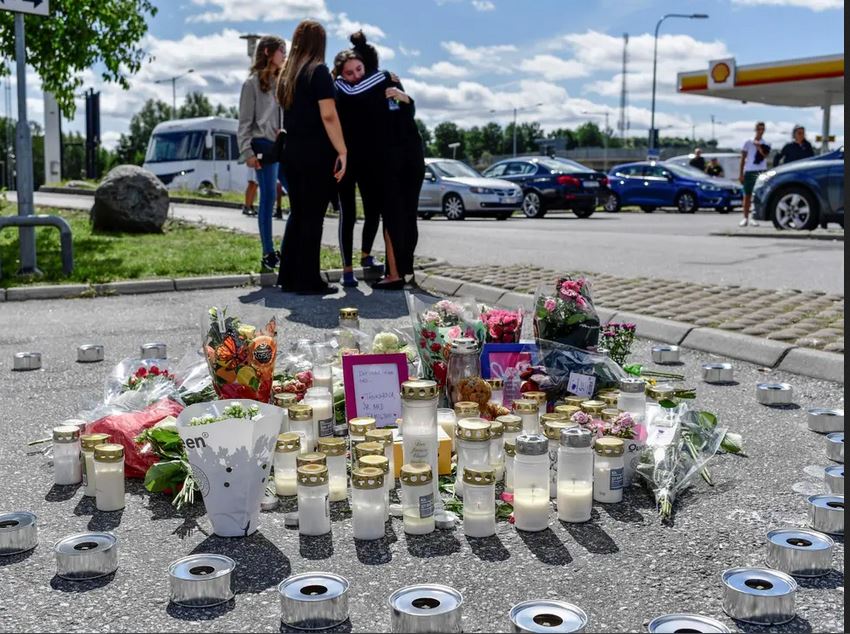 The shooting of a 12-year-old girl in Stockholm has sparked outrage and reignited a debate around a rise in gang-related violence in Sweden.

The girl, who is not believed to have been the intended target, was hit by a stray bullet aimed at two men allegedly linked to Swedish organised crime, local news website, Expressen, reported.

People had continued to place flowers and candles at the scene this week.

'This can't happen again. It's a 12-year-old girl,' said Christina Lundstrom, 51, who had come to pay her respects.

No arrests have been made, but police told AFP that they had opened a murder investigation and were seeking information about a white car seen at the time of the shooting.

Sweden has given police added surveillance powers, stepped up witness protection schemes and toughened sentencing for drugs and weapons-related crimes after a wave of shootings and bombings in recent years.