Anthony reportedly committed the crime while he was teaching the girl identified as Bimpe (not real name) when her parents were not around. 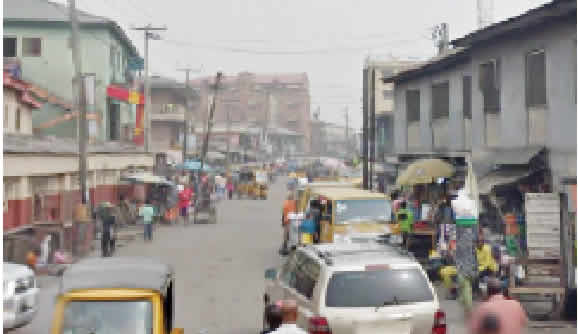 A 50-year-old old teacher, Uzor Anthony, has been apprehended by the police for allegedly defiling a six-year-old girl he was teaching at her parents’ home in the Olodi Apapa area of Lagos, The PUNCH reports.

Anthony reportedly committed the crime while he was teaching the girl identified as Bimpe (not real name) when her parents were not around.

It was learnt that the victim narrated what happened to her mother when she returned home and the case was reported at the Tolu Police Station.

A police source disclosed to Sunday PUNCH that the suspect denied having sex with Bimpe who consistently said she was defiled.

She was said to have been taken to a general hospital for medical examination and treatment while Anthony was arrested.

The source said, “Anthony was a home teacher of the girl and he had been teaching her for some  time now. He had become close to the family and they trusted him so well. On July 11, around 5pm, he went to teach the girl at home but her parents were not around.

“In the course of the lesson, he molested the girl and warned her not to tell anyone. The girl, however, revealed what happened to her mother the following day. The girl was taken to the hospital and it was confirmed that her hymen had been tampered with. The suspect has been arrested.”

It was gathered that the case had been transferred to the State Criminal Investigation and Intelligence Department, Yaba, for further investigation.

The Police Public Relations Officer in the state, SP Bala Elkana, who confirmed the alleged defilement, stated that a police team from Tolu Division responded swiftly to arrest the suspect.

He said, “On July 12, the mother of the girl went to the police station and reported that the previous day, around 5pm, one Uzor Anthony, who is 50-year-old and home teacher of her six-year-old daughter had canal knowledge of the girl inside her room.

“The victim was taken to the hospital for examination and treatment and the scene of crime was visited. The suspect had been arrested and would be charged accordingly.”