The moment current head of house, Erica was caught passionately making out with Kiddwaya in the HOH lounge has been revealed. 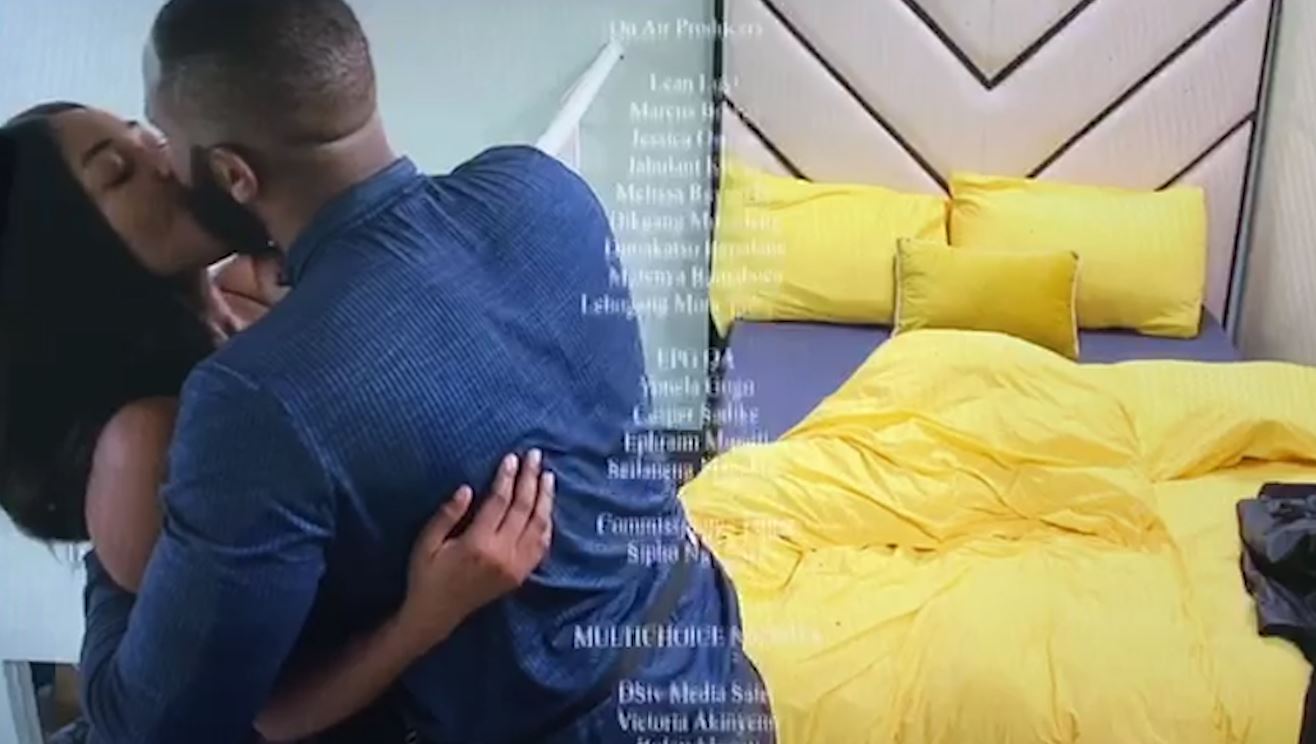 Erica and Kiddwaya making out
It seems like things are soon going to get out of hand in the Big Brother Naija house 2020 after Kiddwaya and Erica were caught inside the head of house lounge making out.
A clip never seen before making the rounds on social media showed the romantic moment Erica and Kiddwaya enjoyed their ‘private time’ in the head of house lounge and fans have been going crazy over it.
Recall Erica emerged the fourth head of house and unsurprisingly, picked Kiddwaya as her deputy which automatically guaranteed immunity from eviction and would also give them a much-needed private time to bolster their romantic affair.
Well, the couple seized the opportunity and they were caught on camera passionately making out.
Another cut in the video showed the moment a dismayed Laycon stared into nothingness, probably filing his mind with what must have been going on in the HOH room.
This is coming after Erica confessed that it was difficult not having sex with Kiddwaya during their first night in the house.
See video below;