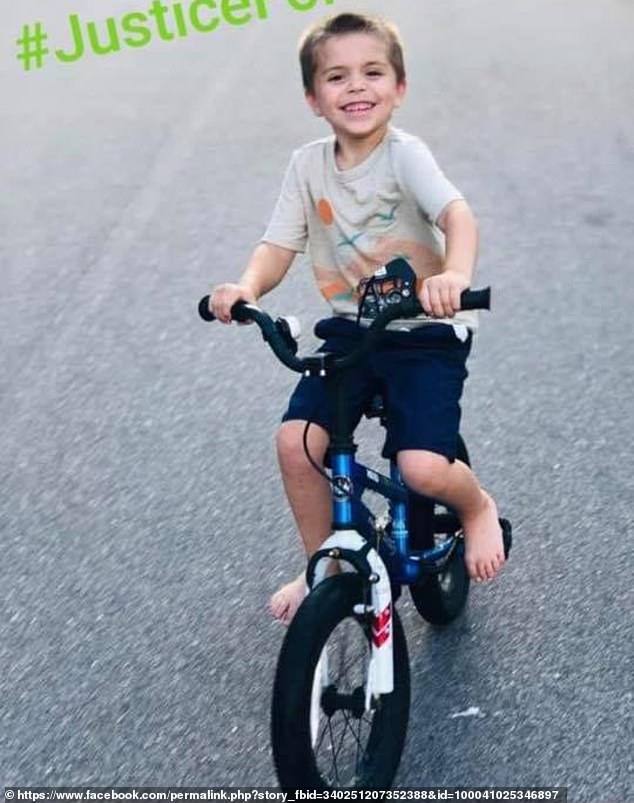 North Carolina police have charged a neighbor with the murder of a five-year-old boy who was riding a bike in his own yard when he was shot at point blank range on Sunday evening.

Darius Sessoms, 25, was taken into custody by Wilson police around 24 hours after he allegedly approached Cannon Hinnant in front of the young boy's father's house at 5:30pm and shot him in the head.

Sessoms lived next door to the family, and the killing is not believed to be random. Neighbors claim he had dinner with Hinnant's father Austin on Friday and had been over at the house earlier on Sunday.

The motive for the killing is still under investigation, but a GoFundMe established by a family member says that the young boy rode into Sessoms' yard. 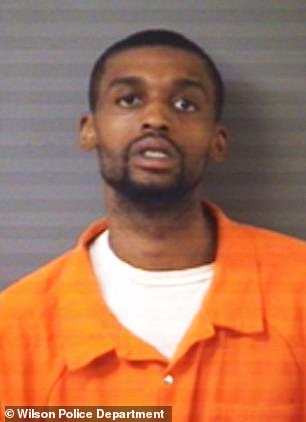 'Sunday, August 9, 2020 a sweet soul named Cannon Hinnant was taken from this world over a senseless act,' it reads.

'A beautiful 5 year old baby boy riding his bicycle was shot by his neighbor point blank in Wilson NC. One minute he is enjoying his life, the next it all ends because he rode into his neighbors yard.'

The young boy was set to start Kindergarten on Monday and had just learned to write his name.

'He was just a loving kid,' his mother Bonny Waddell told the Wilson Times. 'He had the biggest heart.'

'It’s devastating. No one should ever have to bury their child. No mother should have to go through this.'

Hinnant's family said they have known the suspect for years and did not believe he could be capable of murder.

'We used to play together and I never thought he’d kill someone. A mother now has to lay her son to rest at 5 years old which she should never have to do. He’ll never be forgotten,' Rachel Pipkin, a cousin of Cannon’s mother told CBS.

Police were called to the scene on Archers Road at around 5.30pm Sunday where Hinnant was found with a gunshot wound.