A man has shocked many people by taking his daughter's life before committing suicide. 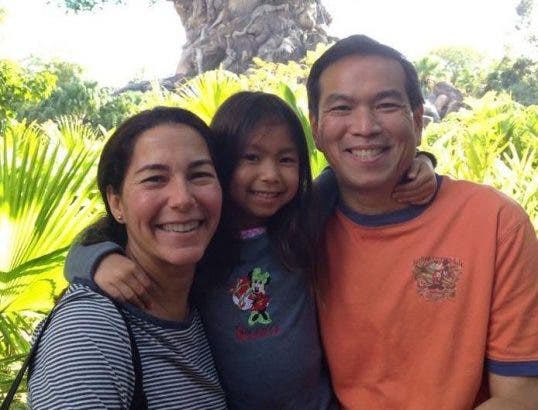 The father killed his daughter before taking his own life
A father has taken the life of his 11-year-old daughter who was terminally ill before shooting himself with the same gun on Monday morning.
The Florida dad identified as Kenbian Ng allegedly opened fire on his daughter, Angela, at the family’s home in the 14600 block of Southwest 18th Court in Davie while his wife was preparing breakfast, SunSentinel reported.
The mother rushed into the room after hearing gunshots around 9 a.m., she found both her daughter and husband with fatal injuries, the outlet reported.
The daughter died at the scene while the father later died at the Broward County Medical Center.
Authorities confirmed that Angela had severe health conditions with no signs of improvement.
“It was a devastating terminal illness,” Dave police spokesman Lt Mark Leone said. “She was not going to get any better … It is such a tragic situation, a terrible situation.”
Family members said Angele had cancer in her femur, and was scheduled to get her leg amputated at the end of the month.
Leone told Local10 that the shooting is currently being investigated as a murder-suicide. Authorities believe that Angela’s terminal illness inspired the slaying.
“While we were speaking to the mother, we were told that the child has a debilitating, terminal illness, which is a possibility for why this tragic incident occurred,” Leone told the station.
Leone referred to the father’s apparent murder-suicide as a “lose-lose situation.”
Top Stories