Adedoyin explained that he and his wife left Arepo at 12.30pm, thinking it would be a smooth drive all the way, being a weekend when traffic was usually free. 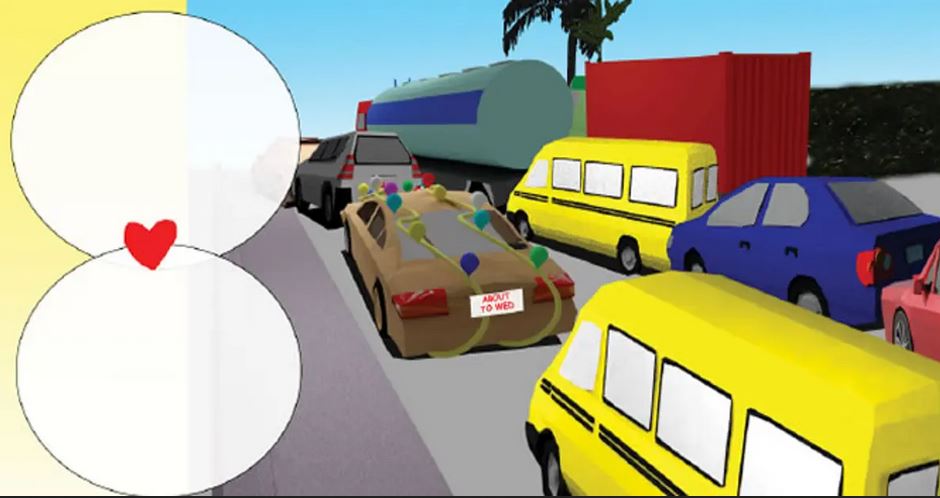 Emmanuel Adedoyin and his wife anticipated their wedding day with bated breath. As the date drew nearer, efforts to avoid hitches on D-Day were made by the couple and every other family member that mattered. Preparations rolled into anxieties as imageries of glamour characteristic of such occasion preoccupied the minds of the young couple like hornets glued to the eaves.

The much-awaited day finally came. As the clock ticked 9am, Emmanuel left his residence in Arepo–an Ogun community along the Lagos-Ibadan Expressway– together with some of his friends. His looks and resplendent flowing native dress radiated glitz as he headed to the wedding venue, about 42 kilometres away in Ejigbo, Lagos State.

Although the programme was to start at 2pm, the 31-year-old was eager to be on the ground in time to tie up loose ends. He got to the venue at 10am that Sunday, waiting patiently for his parents to arrive so the event could start.

All along, he never thought anything could pose a threat to the schedule. Unfortunately, terrible traffic ensued on Lagos highways that Sunday and turned out to be big a monster holding his parents’ car for several hours on Ikorodu-Road.

“It is a day I can never forget,” said Adedoyin, Emmanuel’s father. “Two relations, my wife and I were stuck in traffic for hours and the bride price was with me,” he added.

Adedoyin told our correspondent that he and his wife left Arepo at 12.30pm, thinking it would be a smooth drive all the way, being a weekend when traffic was usually free.

“We left home at that time on the assumption that there would be no traffic,” he disclosed as he began to narrate the troubled time he endured that day.

Back at the wedding venue, tension continued to mount as everyone eagerly awaited the arrival of the groom’s parents. The event was put on hold and to douse the tension, the bride’s family had to employ the weird side. A table tennis was quickly put together to keep the guests entertained as some of them had started leaving the venue, Adedoyin said.

He stated, “We started running into traffic at Seven Up, Ojota. We turned back to link Kudirat Abiola Way and met another traffic. We then manoeuvered until we linked the Third Mainland Bridge.

“By the time we got to Oworonsoki junction, it was hell. The car we were in was overheating. It was already 5pm and calls were coming in repeatedly from my son’s in-laws. I kept on telling them we were on our way and that we were held in traffic.

“When we got to Anthony on Ikorodu Road, I could no longer manage the overheating. I had to park the vehicle at a safe place. I immediately took a bus from there to Oshodi.”

At Oshodi, embattled Adedoyin got caught up in another mess. Commercial bus drivers were unwilling to take passengers who wanted to drop off at Iyana Isolo. At this time, the agbada he donned elegantly when he left home had suddenly found solace in his left arm as he waved anxiously at any yellow buses in sight.

When it became apparent that he would not get a bus that would stop at Iyana Isolo, where he would join another vehicle to Ejigbo, he went the way of a smart Lagosian.

“I boarded a bus and on getting to Charity (the bus stop next to Iyana Isolo), I told the driver, I would alight at Iyana Isolo. The driver was mad at me because he had already said he would not stop there.

“I pretended as if I was a stranger in Lagos and was begging him to drop me off. Meanwhile, I was by the door side, determined to jump down at any slight opportunity.

“The conductor blocked the door; he didn’t want me to disembark. Passengers joined to beg on my behalf and he eventually stopped. It was already 7pm. I immediately took a bus to Ejigbo. I didn’t get to Ejigbo until 9pm. I took a N500 bike from Ejigbo to the church where the engagement held. I prostrated to apologise to my son’s father-in-law,” the 55-year-old man stated, adding that his son was speechless when he saw him.

He explained that his wife and two other members of the family came in an hour later to witness whatever they could make out of the event.

“Lagos traffic is terrible. Since I relocated to Abuja some years back, I feel discouraged to come to Lagos because of the traffic. I don’t even know what really caused the traffic that day because there was no accident.

“My son (the groom) had gone there since morning. I was even abusing him for going there early. Even the food we were taking to the venue got there late,” Adedoyin lamented.