Following the humiliation he suffered alongside his teammates, it has been revealed that Messi wants club president to resign. 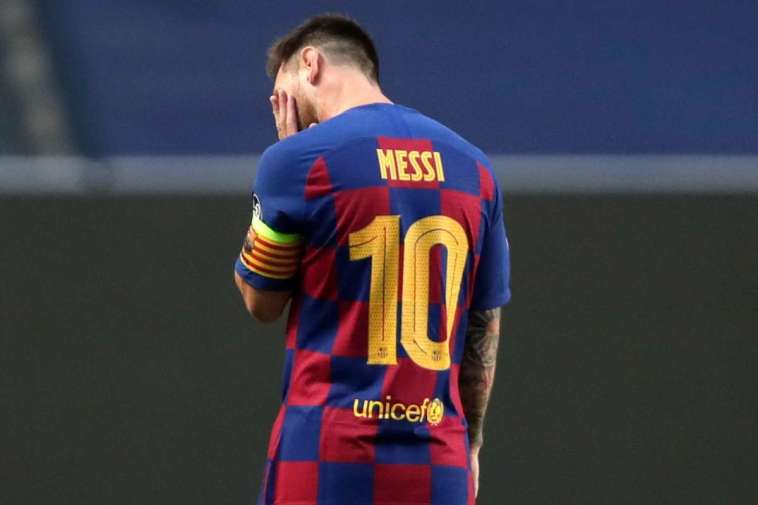 Messi
SportsMail reports that Barcelona captain, Lionel Messi, is hoping to force the club’s president, Josep Bartomeu, out by threatening to leave.
Bartomeu is expected to sack Quique Setien as manager on today.
But Messi has reportedly told the board he wants to leave this summer.
Barcelona have denied the report but there is a feeling the 33-year-old is trying to force Bartomeu to stand down on Monday and allow elections to take place immediately.
Messi has one year left on his current deal and has a 700m euros release clause.
If Bartomeu remains in charge, his first job is to replace Setien.
Former Tottenham coach, Mauricio Pochettino, is his preferred choice, but the 48-year-old Argentinian does not have the board’s unanimous support.
Former Everton and Southampton coach Ronald Koeman, who won the European Cup with Barcelona as a player, has emerged as the preferred alternative.
Top Stories