A woman who recently got divorced threw a party to celebrate the end of her marriage. 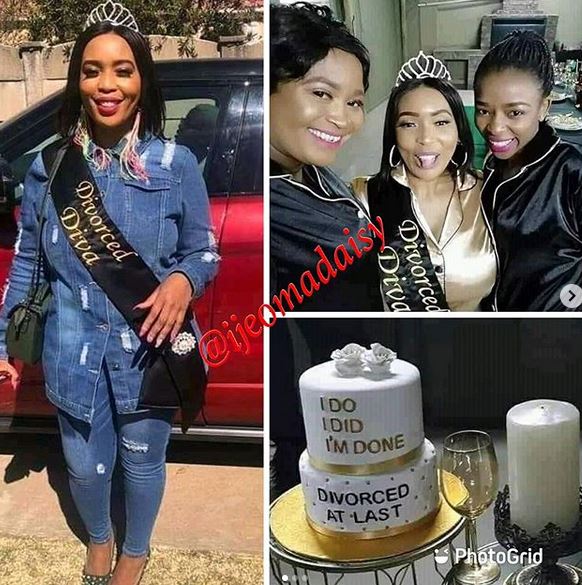 A South African woman has gone viral on Twitter after she celebrated getting a divorce from her husband.

A Twitter user, Lungi Shozi with user name (@IamlungiDee) on Monday, August 17, shared images of the divorced woman, which has caused quite a stir on the Internet.

In the photos shared online, the lady is seen wearing a sash reading; “Divorced Diva” . She also celebrated with a beautiful cake which was written;

Meanwhile, there has been mixed reactions from social media users, as they share their thoughts on the Woman’s decision to celebrate her divorce.