BBNaija: What Erica Said About Laycon After She Was Issued Two Strikes By Biggie 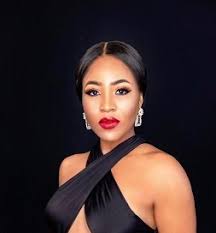 Erica, a Big Brother Naija, BBNaija, housemate, has expressed disappointment at Laycon for not being remorseful about her strikes.

Some housemates consoled and encouraged her after the strike but she was disappointed that Laycon did not console her.

Speaking to Neo, Erica said: “I know he said he wants to keep his distance but what he did this afternoon is not acceptable.

“I was given two strikes but he didn’t show any remorse about her it.

“I’m not begging for friendship but at least show sympathy.”

A third strike to Erica will result to disqualification from the reality show.