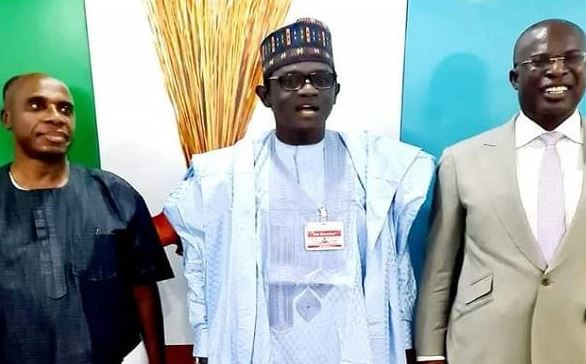 The Caretaker Chairman of the All Progressives Congress, Governor Mai Mala Buni, on Monday, reconciled the Minister of Transportation, Rotimi Amaechi, and the Minister of State for Petroleum, Timipre Sylva

The reconciliation meeting took place at the party’s National Secretariat in Abuja on Monday August 24. It was gathered that Amaechi arrived at the party Secretariat around 1:15 pm, left after few minutes only to return with the Chairman of the Caretaker Committee to join the Minister of State for Petroleum at about 2pm for the closed door meeting that lasted for almost an hour.

Reconciliation of the former Governors of Rivers and Bayesla States is part of the plan to reposition the party in the South-South region of the country.

The Nation reported that Sylva said after the meeting;

“We have agreed that both of us will work together.”