Like Jesus Christ, I'm Tempted To Back Out Of Biafra Struggle - Nnamdi Kanu Cries Out


His letter was made available to Daily Sun in Owerri, yesterday, by the group’s spokesman, Emma Powerful. 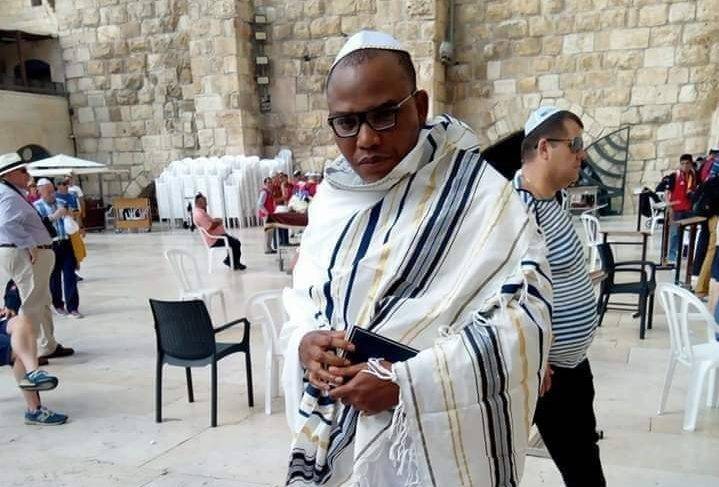 Mazi Nnamdi Kanu, the leader of the Indigenous People of Biafra (IPOB), has said he felt like abandoning the struggle for Biafra after revisiting the incident that claimed the lives of some of his members last Sunday in Emene, Enugu State, Sun News reports.

Kanu in a letter to his members, likened his feelings to that of Jesus Christ who told God at the Garden of Gethsemane  when faced with the agony of betrayal and death “if it be possible, let this cup pass from me.”

His letter was made available to Daily Sun in Owerri, yesterday, by the group’s spokesman, Emma Powerful.

“In my most private moments – when I reflect on this struggle and its fallouts, I have often been tempted, like Christ, to ask that this cup be passed from me. I am  sure you all feel the same in many fleeting moments of despair that is common with the fragile human spirit,” he said.

He, however, assured that rather than abandon the struggle, he was emboldened to continue in the fight for the emancipation of Igbo from attacks and persecution by Nigerian forces.

“So, as we mourn this latest mass murder of our people, let us all take some comfort that they didn’t die in vain, they died in honour, they fell in defence of freedom and their precious blood will be best requited by our collective and abiding resolve to never back down until Biafra is restored,” Kanu said.

Irked by the killing, the Igbo National Council (INC) has urged the Federal Government to sack all the service chiefs in Enugu State as a deterrent to others who might contemplate such action in future.

National President of INC, Chilos Godsent, in a statement yesterday in Owerri, yesterday condemned the Emene killing, describing it as an act of genocide against Igbo by the Nigerian State.

“The killing of these armless Nigerians of Igbo extraction in their community by the joint team of army, DSS and police is not only unacceptable, but shameful and barbaric. History has it that that was how the historic genocide in Rwanda started. The conspiracies and attempts by a section of this country to exterminate the Igbo race using state machinery remain a failed project from the point of conceiving.

“On the foregoing, the Igbo National Council (INC) condemns in its totality this shameful barbaric act of genocide targeted on the Igbo Nation. In view of the above, we therefore call on the Federal Government of Nigeria to immediately sack and prosecute the GOC 82 Division Nigerian Army Enugu, Commissioner of Police, Enugu State and Director, Department of State Security (DSS), Enugu State Command for their shameless conspiracy and massacre of over 22 innocent and armless soul and toiling mass of the Emene Clan in Enugu State,” he said.

Godsent, however, urged communities in Enugu who have not embraced its “Operation Lion Walk” vigilante to do so, to forestall a repeat of the unjust killings.

He also tasked the people of Emene to immediately launch the Operation Ije Agu in their community “to forestall the repeat of this satanic act orchestrated by the agents of darkness.”