Heartbreaking!! Lady Who Waited Seven Years For A Child Dies Hours After Welcoming A Set Of Quadruplets


The deceased lost her life hours after she welcomed a set of quadruplets after waiting for seven years to conceive. 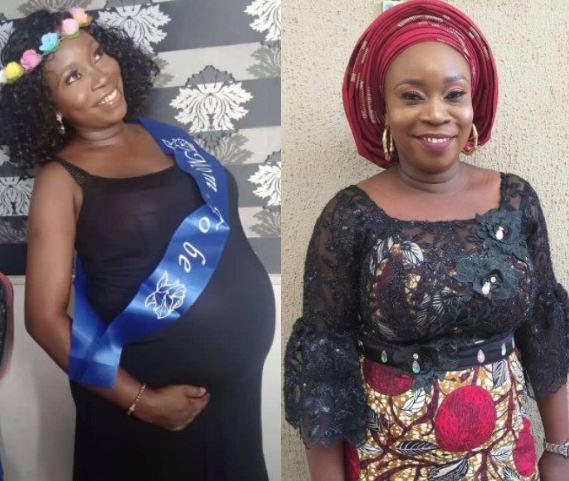 A heart-breaking incident has occured after a woman identified as  Adedotun Afusat Feyisara, who waited for a child for seven years, died hours after she welcomed a set of quadruplets on Tuesday, August 25.

A sister of the deceased, Olawale Adedotun Oluwatomisin, who shared the sad story on Facebook, said late Afusat welcomed her quadruplets, three girls and boy, on Tuesday which was also her wedding anniversary.

''Adedotun Afusat Feyishara, you came like a flash and you left without saying goodbye. You gave birth to 3girls and a boy on the day of your wedding Anniversary and you left same day death why why

Words can’t describe how wonderful u are, A great listener, my fashionista, my gist partner, A shoulder to lean on in the time of worries, My confidant, A sister like no other,I never for once imagined using your pics for obituary but God knows best. God took you and gave us Quadruplet(3girls and a boy) you will forever be remembered. I love you sis and I will always do, still we meet and part no more. RIP Fadimu Feyishara Afusat Ajoke Ade omo Adedotun'' Oluwatomisin wrote.

Afusat has since been buried according to Islamic injunctions.

Friends and family members have taken to social media to express shock at her sudden demise; 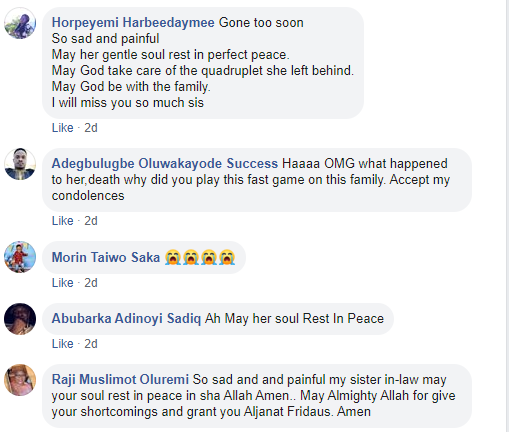