Kiddwaya Begged Me Many Times Before I Allowed Him Go For #BBNaija Show - Billionaire, Terry Waya


Nigerian billionaire, Terry Waya has opened how he gave his blessings to his son to feature in the BBNaija lockdown show. 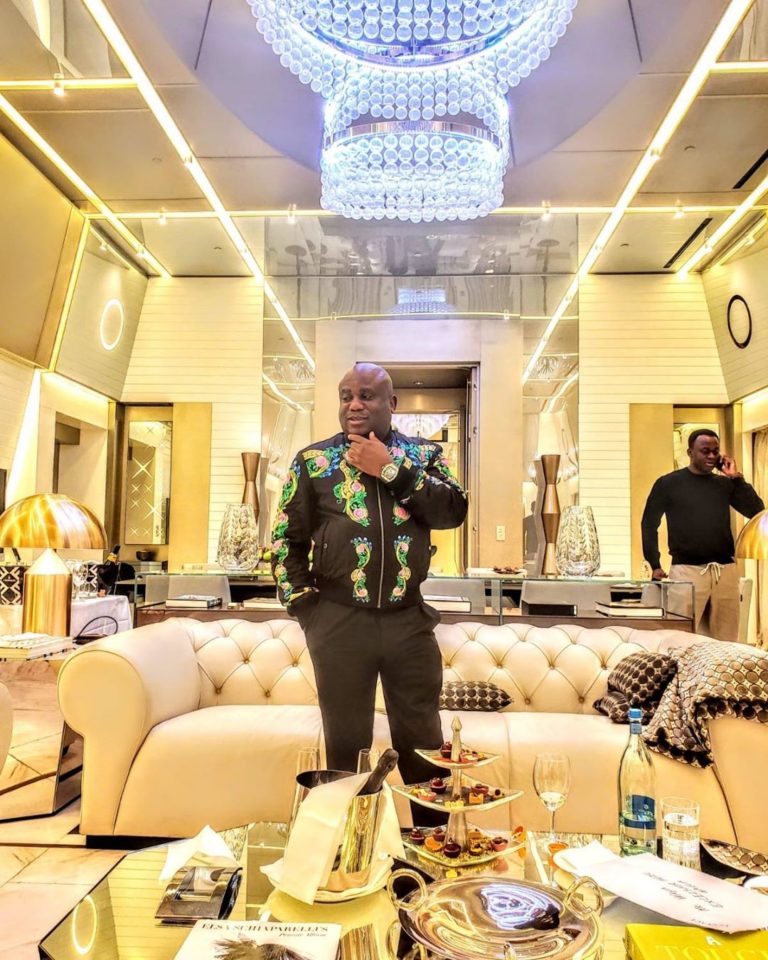 Terry Waya
Terry Waya, the billionaire father of Kiddwaya, a current housemate in the BBNaija Lockdown has said his son begged and called other people to beg on his behalf before he agreed to allow him feature in the show.
Terry Waya during a Live chat with Ovation Magazine publisher, Dele Momodu, said he didn’t know when his son went for audition in Lagos though they were in the same house Abuja.
He informed many people begged him before he gave his consent for him to go into the house after audition.
He said it was until he needed KiddWaya for an errand he found out he wasn’t in the house and had left for Lagos in a private jet organised by his friends.
On how he got to know about it, he said: “He (Kiddwaya) takes care of the rest of the family member. He handles everything even from the kitchen.
“He’s the one that will get up and say ‘we need this in the house, we need this’ so, he always had my car at will.
“So I came and asked where he was because I wanted him to do something, and they said he went to Lagos.
“I said ‘went to Lagos in this lockdown, there’re no flights and there’s curfew. How did he go to Lagos?
“Apparently one of my friends arranged an aircraft to take him to Lagos. I didn’t even know.
“He went for the audition, then came back. I remember I was with a friend when he came back and came to me and I said ‘well, I was told you went to Lagos now you cannot stay in this house. You must go and isolate.
“That’s what everybody does … once you travel and come, you must isolate. You must go and isolate yourself for 10 days.
“So when he came to me, and he wanted to go to Big Brother, the way I looked at him, he knew the conversation would not continue. He knew he couldn’t continue with the conversation, so he now left”.
Terry Waya noted that it took the intervention of close friends before he gave his permission.
“Then, all my friends were calling me, but I didn’t want anyone to tell me about him going there. So, he left without my permission.
“So when he got there, they had to isolate them for few days and during that period, his uncles (my brothers) and a lot of family friends came one evening to talk to me.
“They said oh, he has been calling them from where they were isolated that he knows I was already angry and that if he doesn’t get my blessings, he won’t go inside.
“So they have come to beg me to give him my blessing for him to go inside Big Brother.
“So I said well… and I looked at the whole thing and I said, at his age, my dad never knew where I was. If that is what he wants to do, let him do it.”
Top Stories

"When It Rains, Africans Think Of Women Instead Of Agriculture" - Reno Omokri
Recent Stories