The Story Of Chadwick Boseman, The Brave 'Black Panther' Who Starred In 9 Movies While Hiding Cancer Battle


While Boseman was fighting villains on-screen, what fans of the famed and idolized superhero character never knew was that the man behind the black mask was also waging a very real battle in his personal life and edging closer to his death,. 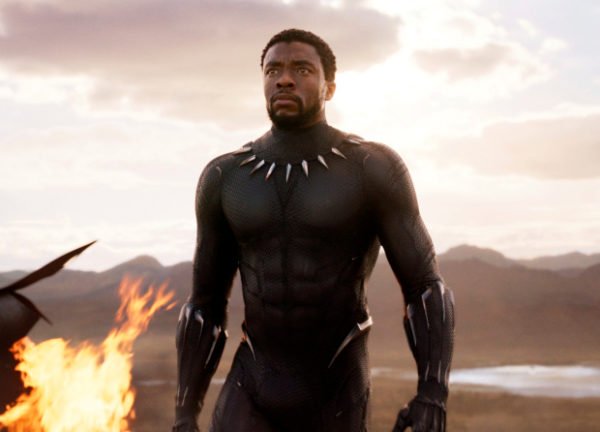 Long before the advent of ‘Black Panther’, Marvel’s 2018 superhero film, which had starred the now regrettably deceased Chadwick Boseman as its lead character, many would argue out the prejudices among US filmmakers regarding the diversity of their movie casts and the descriptions for roles often accorded people of African descent.

But, with Boseman having adorned himself in that daredevil costume that later saw him change the narrative for the directorial choices pertaining to movie roles by African-Americans as well as the cinematic response to such films, a newfound movement that would almost guarantee the success of subsequent movies of this sort was initiated, with many unique African stories waiting to be told.

Yet, tragedy — a deep tragedy that would defy description among wordsmiths — lurked around. Black Panther would later go-ahead to change history — becoming a huge step forward for African cinema, grossing over $1.3 billion worldwide, and breaking numerous box office records including the highest-grossing film by a black director. It is even among the ten highest-grossing films of all time.

But while Boseman was fighting villains on-screen, what fans of the famed and idolized superhero character never knew was that the man behind the black mask was also waging a very real battle in his personal life and edging closer to his death, having been diagnosed with stage three colon cancer back in 2016. Boseman had not publicly spoken about his illness before his death. In April, fans had expressed concerns over the Marvel star’s health after he was pictured with drastic weight loss. The film star, who appeared visibly thin and sporting a beard, however, did not engage fans with questions.

He eventually breathed his last on Friday evening while at home with his family.

Battled cancer while on ‘Black Panther’ set, eight other movies!

Born and raised in Anderson, South Carolina, he got his start in the movie industry in an episode of ‘Third Watch’ in 2003 and then featured on ‘Law and Order’, ‘ER’ and ‘CSI’ before getting his breakout role as Jackie Robinson in ’42’. It was his act in ’42’ that led directly to his role as T’Challa/Black Panther, the fictional leader of Wakanda — a character that first appeared in the ‘Captain America: Civil War’. 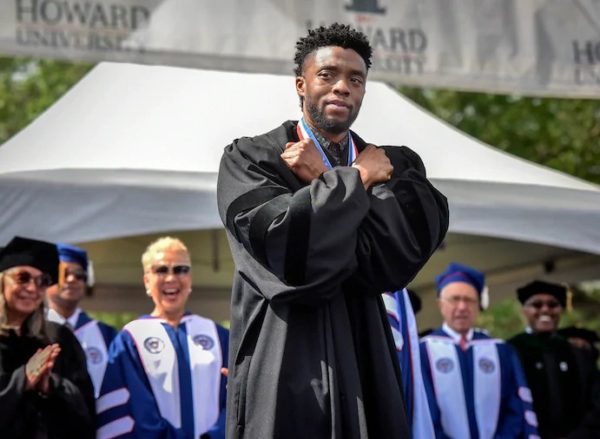 Over the last four years, even as he was on surgeries and chemotherapies, Boseman took up several roles across blockbuster films.
The year after his diagnosis, he filmed and appeared in ‘Gods of Egypt’ (2016), ‘Captain America: Civil War’ (2016), and ‘Message From The King’ (2016). Chadwick then took the role of ‘Thurgood Marshall’, the first black Supreme Court Justice, in 2017’s ‘Marshall’ before the famed ‘Black Panther’ (2018). He also played the same role in other Marvel films such as ‘Avengers: Infinity War’ (2018) and ‘Avengers: Endgame’ (2019). He starred in Spike Lee’s 2020 film ‘Da 5 Bloods’ as ‘Stormin’ and August Wilson’s upcoming ‘Ma Rainey’s Black Bottom’. In 2019, Boseman had noted that the film changed what it meant to be “young, gifted and black.”

For his biggest role in ‘Black Panther’ and its many fight scenes, the star was said to have trained rigorously to get in shape and learned Angolan capoeira, Dambe boxing, Zulu stick fighting, karate, kung-fu and jiu-jitsu. According to his family, many of Boseman’s movies got filmed amid his “countless surgeries and chemotherapy” even as his cancer diagnosis was not publicly known.

“Chadwick was diagnosed with stage 3 colon cancer in 2016, battled it…as it progressed to stage 5. A true fighter, Chadwick persevered through it all, and brought you so many of the films you have come to love so much. From Marshall to Da 5 Bloods, August Wilson’s Ma Rainey’s Black Bottom, and several more, all were filmed between countless surgeries and chemotherapy,” the family said.

Raised in the United States, the deceased actor had revealed that his DNA test indicated that his ancestors were Krio people from Sierra Leone, Yoruba people from Nigeria, and Limba people from Sierra Leone. His mum was a nurse while his dad worked at a textile firm, managing an upholstery business as well. As for him, he initially sought to become a leading movie director and executive.
Boseman graduated from T.L. Hanna High School in 1995. In his junior year, he wrote what turned out to be his first play ‘Crossroads’ and staged it at the school after a classmate was shot and killed. Boseman also attended Howard University in Washington, D.C., graduating in 2000 with a Bachelor of Fine Arts in directing., with one of his teachers Phylicia Rashad becoming his mentor.

She was said to have helped raise funds so that Boseman and some classmates attended the Oxford Mid-Summer Program of the British American Drama Academy in London, the United Kingdom to which they had been accepted as Boseman wanted to write and direct, and initially began studying acting to learn how to relate to actors. He thereafter returned to the United States, where graduated from New York City’s Digital Film Academy. 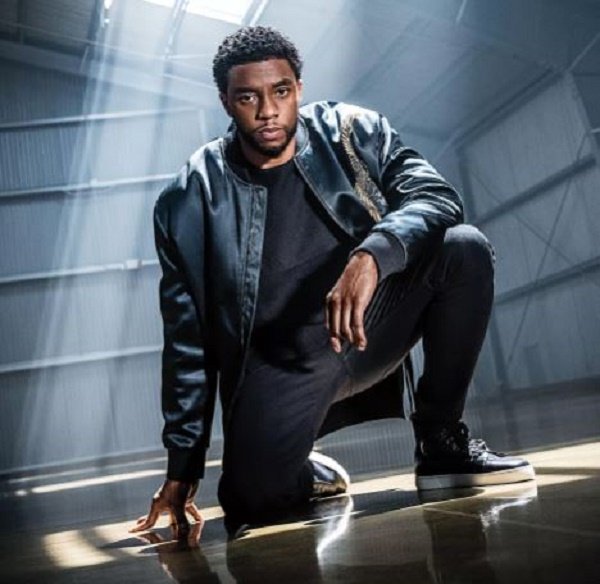 Being a firm believer in social justice, the actor had severally spoken against racism, having lived in Brooklyn as a black man at the start of his career. Boseman worked as the drama instructor in the Schomburg Junior Scholars Program, housed at the Schomburg Center for Research in Black Culture in Harlem, New York. In 2008, he moved to Los Angeles to finally pursue an acting career.

After news of his death broke, Howard University tweeted a tribute, where Wayne Fredrick, the school’s president said, “It is with profound sadness that we mourn the loss of alumnus Chadwick Boseman who passed away this evening. His incredible talent will forever be immortalized through his characters and through his own personal journey from student to superhero! Rest in Power!”
Even the institution will hardly forget the deceased star’s moving speech, which was made after he returned in 2018 to his alma mater on an invitation to deliver the main address at the school’s historic 150th commencement ceremony. There, he praised student protesters who had taken a stand a month earlier, and he charged graduates to find purpose in their lives and not simply a job.

“When you are deciding on next steps, next jobs, next careers, further education, you should rather find purpose than a job or a career. Purpose crosses disciplines. The purpose is an essential element of you. It is the reason you are on the planet at this particular time in history,” he said while addressing the graduates.

“Many of you will leave Howard and enter systems and institutions that have a history of discrimination and marginalization. The fact that you have struggled with this university you love is a sign that you can use your education to improve the world you’re entering.”

Tributes have been pouring in for the late movie star as words of his death spread.