The Caucasian woman alleged that the black woman accosted her while she called the police on her. 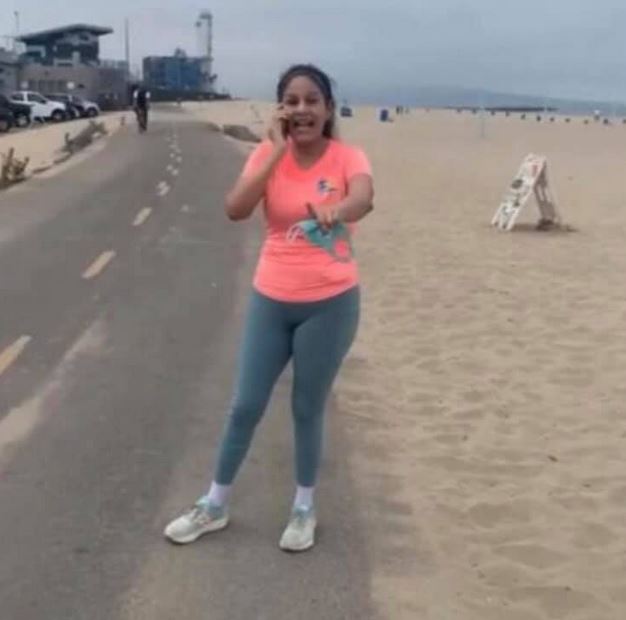 A viral video has surfaced online showing a  Caucasian woman calling the cops on a black woman while having a racist meltdown.

In the incident which happened over the weekend at South Bay beach community in Los Angeles County, the Caucasian woman alleged that the black woman accosted her and she was going to call the police.

When the black woman who was filming the incident fired back by saying that she called her the n-word, the Caucasian woman did not deny that. The white woman went on to call the woman of color an "African" in an utterly condescending tone and further asked  "why are you people are so violent".

She continued her spiel in a conversation with a 911 operator.

The white woman who didn’t deny using the N-word on the black woman, constantly used condescending words on the lady and went on to allege that Africans are violent. She continued her racist spiel in a call with a 911 operator. . . The incident happened over the weekend at South Bay Beach community in Los Angeles County