Flavia Godinho Mafra was found dead by her husband, with their baby missing, last Friday in the southern Brazilian state of Santa Catarina. 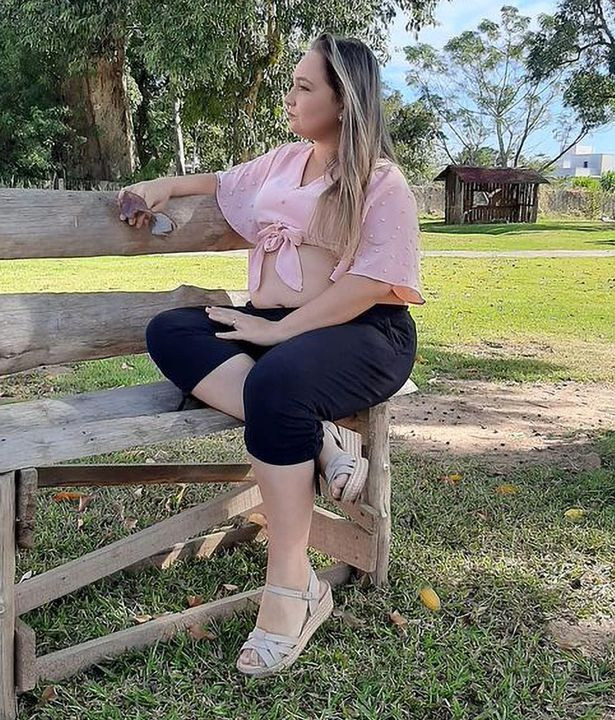 The woman was murdered

A young mum-to-be was lured to her death by a sick school friend who faked a baby shower before cutting her unborn child from her body.

Flavia Godinho Mafra, 24, from Brazil was found dead by her husband, with their baby missing, last Friday in the southern Brazilian state of Santa Catarina.

An autopsy confirmed 36-week pregnant Flavia died from cuts to her abdomen and injuries from a brick.

The school friend's partner admitted to attacking Flavia with a brick in an attempt to kill her.

Police say the friend admitted to having a miscarriage last year, and became obsessed with the idea of stealing a child.

Flavia, who worked as a substitute teacher, was lured to an undisclosed location in Canelinha, and was lead to believe her school friend and their partner had organised a baby shower for her.

But she was hit over the head with a brick and had her baby torn from her body in the horrific attack.

The couple then took the baby to a local hospital where they were arrested.

According to local news outlet NSC Total, the baby girl remains in the Children's Hospital of Florianopolis, where she is receiving medical treatment, but is otherwise doing well.

An autopsy will confirm whether the she was taken from her mother before or after she was killed.