The randy man met his waterloo after engaging in an adulterous affair with the wife of his boss. 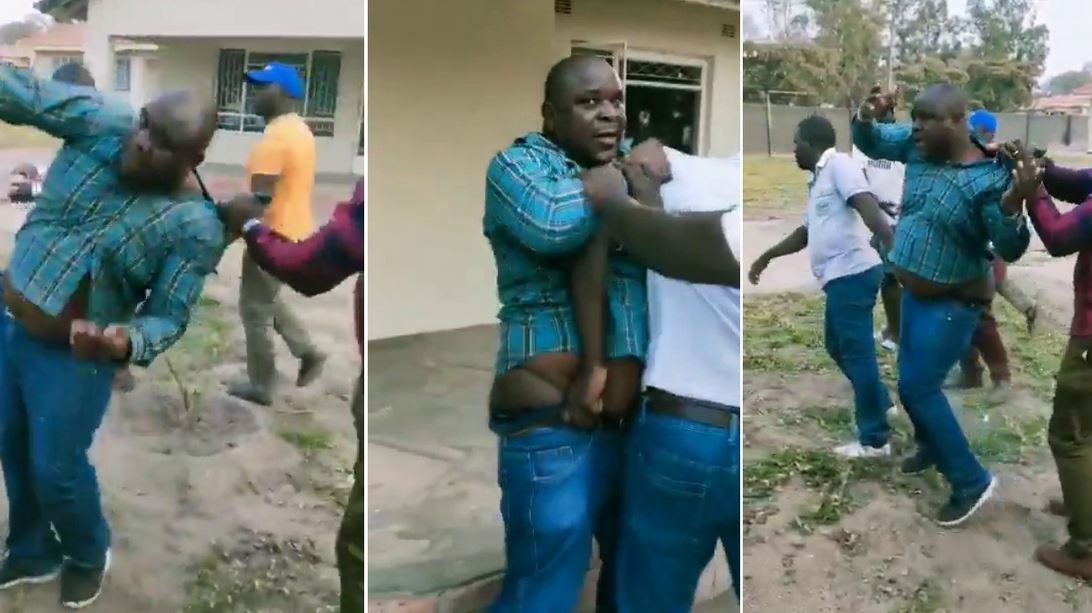 A Zimbabwean man was brutally dealt with after being caught red-handed trying to sleep with his boss’ wife.

While the visibly angry men proceeded to beat the randy man mercilessly,  the woman managed to flee from the scene leaving her ‘partner-in-crime’ to face the consequences alone.

The man in the orange shirt, is said to be the one who cottoned on to the adulterous affair between the two and blew the whistle. During the assault, some of the men could be heard reproaching the man for abusing the trust his friend and boss had for him.

It was further learnt that the husband of the cheating wife wants her back despite the affair.

with his boss’ wife in Zimbabwe. The lady escaped from the scene. During the assault, some of the men could be heard reproaching the man for abusing the trust his friend and boss had for him.