The suspects are part of a gang allegedly involved in a series of armed robbery and handset snatching in the state. 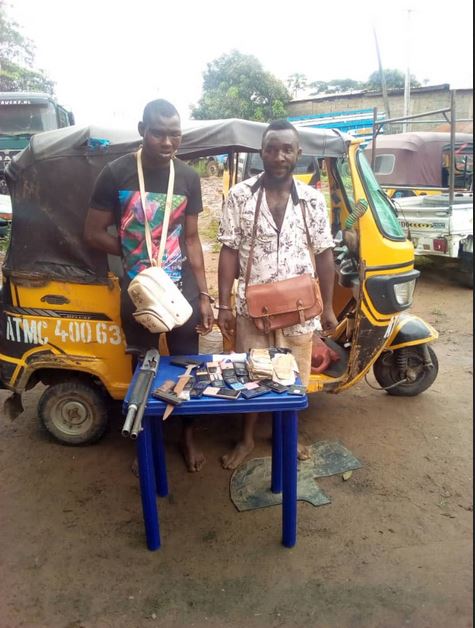 A statement released by the spokesperson of the state police command today September 6, said the suspects were part of the gang allegedly involved in series of Armed robbery and handset snatching operating at Ogidi,Nkpor, Tarzan, Umunya,Odomodo, tollgate axis, and its environs.

Haruna said items found in their possession include ''one automatic pump action with breech no 12776,one English manurhin pistol, one dagger, two handbags, twelve assorted handsets, one purse containing recharge cards of various denomination, one tricycle Keke with REG.number NSH 299 QH, one locked Safe containing an unspecified amount of money and cash sum of Two hundred and ninety-Six thousand Naira(#296,000) all reasonably suspected to have been snatched from different Victims.'' 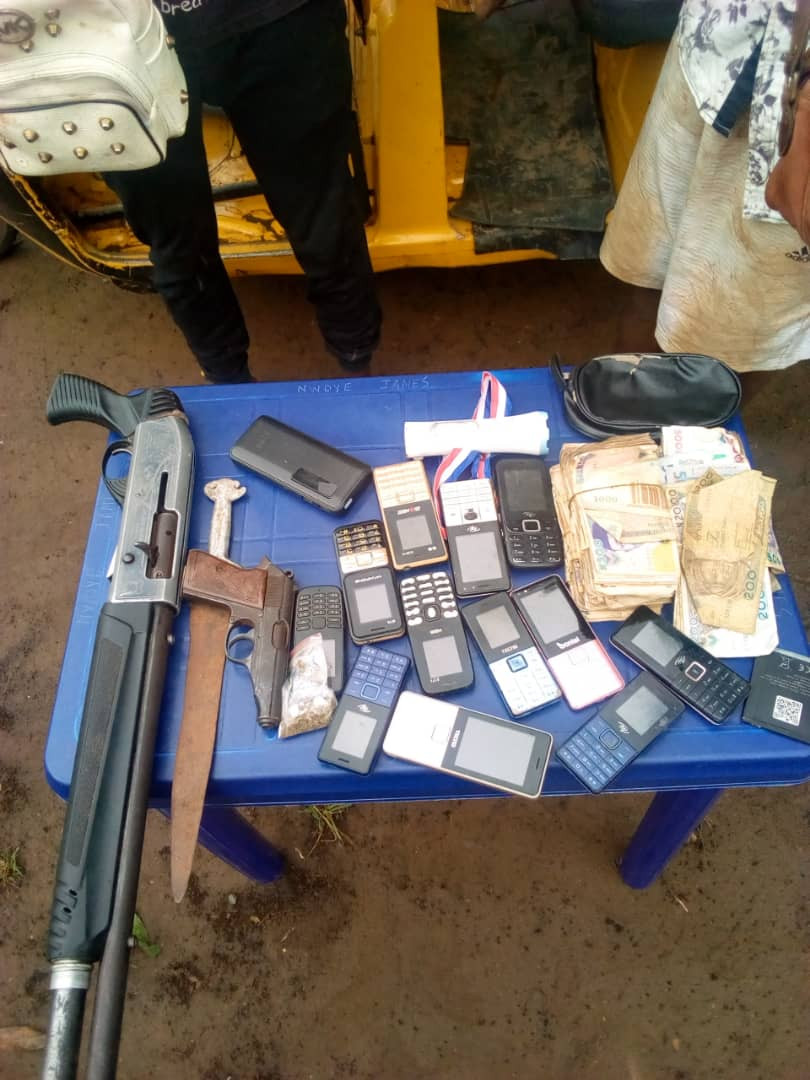 The spokesperson added that the case is under investigation after which suspects would be brought to book.