Apostle Suleman has poured his anointing on the governor of Edo state, Godwin Obaseki ahead of the upcoming election. 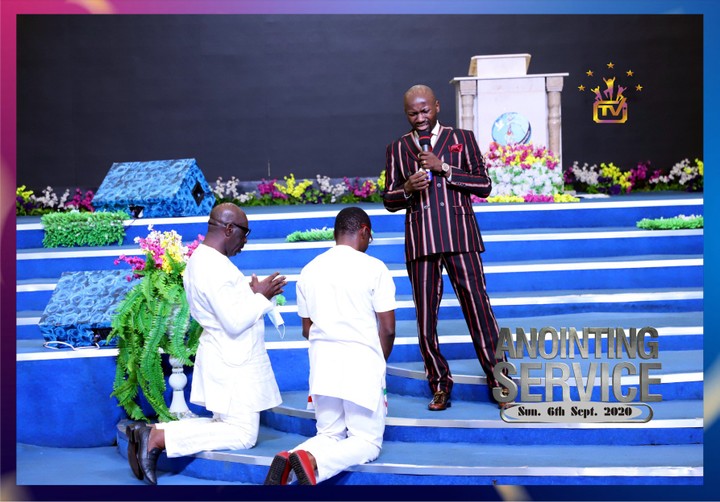 Apostle Suleman prays for Governor Godwin Obaseki
Edo state governor, Godwin Obaseki has been blessed by Apostle Johnson Suleman of OMEGA Fire Ministries Worldwide in Auchi after he made a surprise visit to the man of God.
This comes as the Governorship election in the state gets even closer.
Recall that just a week ago, the same man of God gave his blessing to Obaseki's rival and All Progressives Governorship candidates in the governorship election in the state, Pastor Osagie Ize-Iyamu.
Obaseki thanked the worshippers for their prayers and urged them to continue to pray for Nigeria and the peaceful conduct of the Edo governorship election.
“I am not going to campaign even though the election is near because the General Overseer will not allow his altar to be used for political campaign but I want to tell you to shun violence and pray for peace in the election”, he admonished them.
Following his brief speech for which he received cheers from the worshippers, Apostle John Suleman prayed for peaceful conduct of the election and strength for Obaseki who knelt down before the whole church.
Suleiman also prayed for Obaseki’s deputy, Phillip Shuaib. 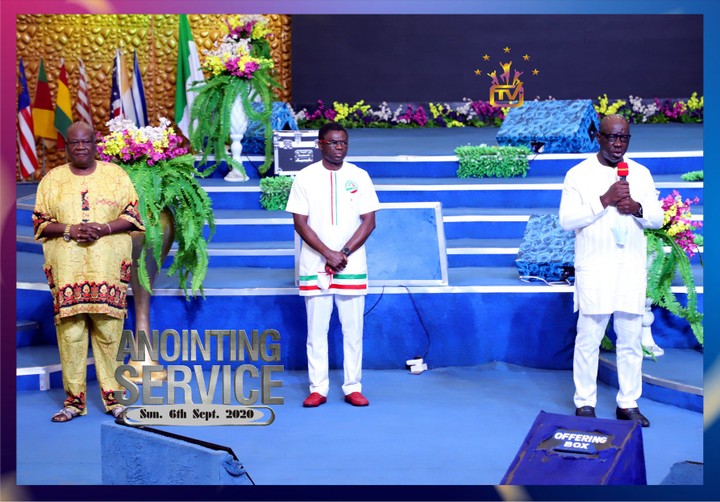