Nigerians took to Twitter to react to the video of Pastor Ibiyeomie verbally attacking OAP Freeze for insulting his father. 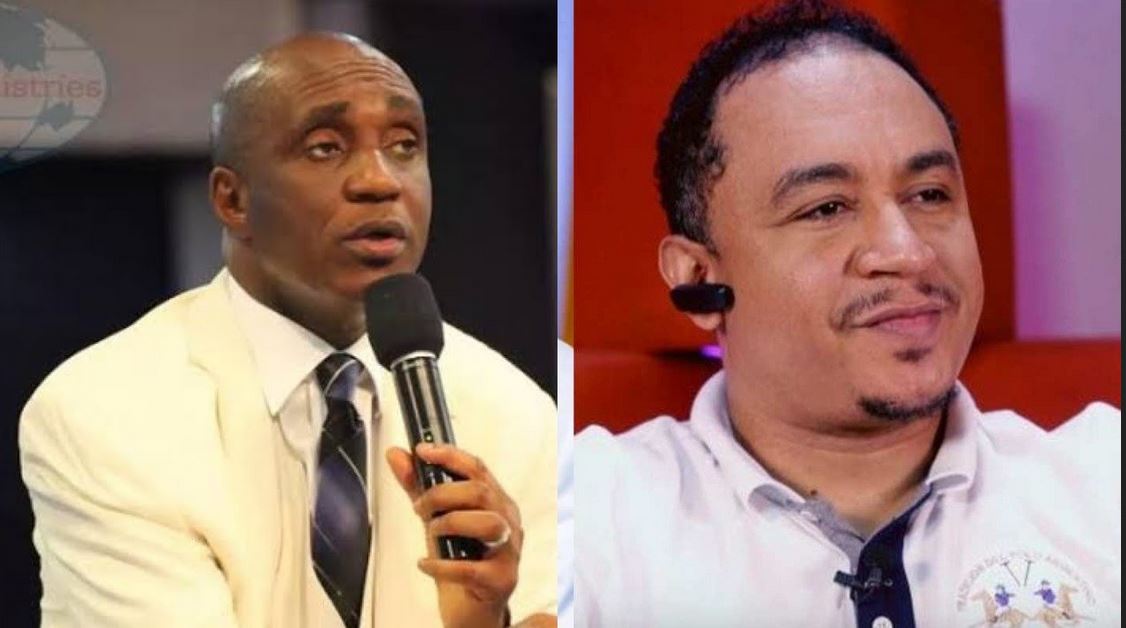 Following the viral video  of Salvation Ministries head pastor, David Ibiyeomie verbally attacking ace Radio broadcaster, Daddy Freeze and calling him a bast*rd for "insulting" Living Faith Ministries General Overseer, Bishop Oyedepo, Nigerians have taken to social media to react .
In the video which was shot during the last service of the church on Sunday September 6, Ibiyeomie, who grew up as a pastor under Oyedepo, explicitly warned Daddy Freeze to stop insulting Oyedepo or he will deal with him.

The visibly angry Ibiyeomie also called Freeze a bast*rd, and said the OAP is from Somalia and has no father. Ibiyeomie further placed a curse on the day Freeze was born. He added that he is going to get Freeze arrested if he continues insulting his 'daddy' Oyedepo.

"You can't have a father and insult a father. He also said 'no right thinking son will sit down and watch someone insult their father' Ibiyeomie said.

Nigerians have now reacted to the video.

See Some Reactions Below; 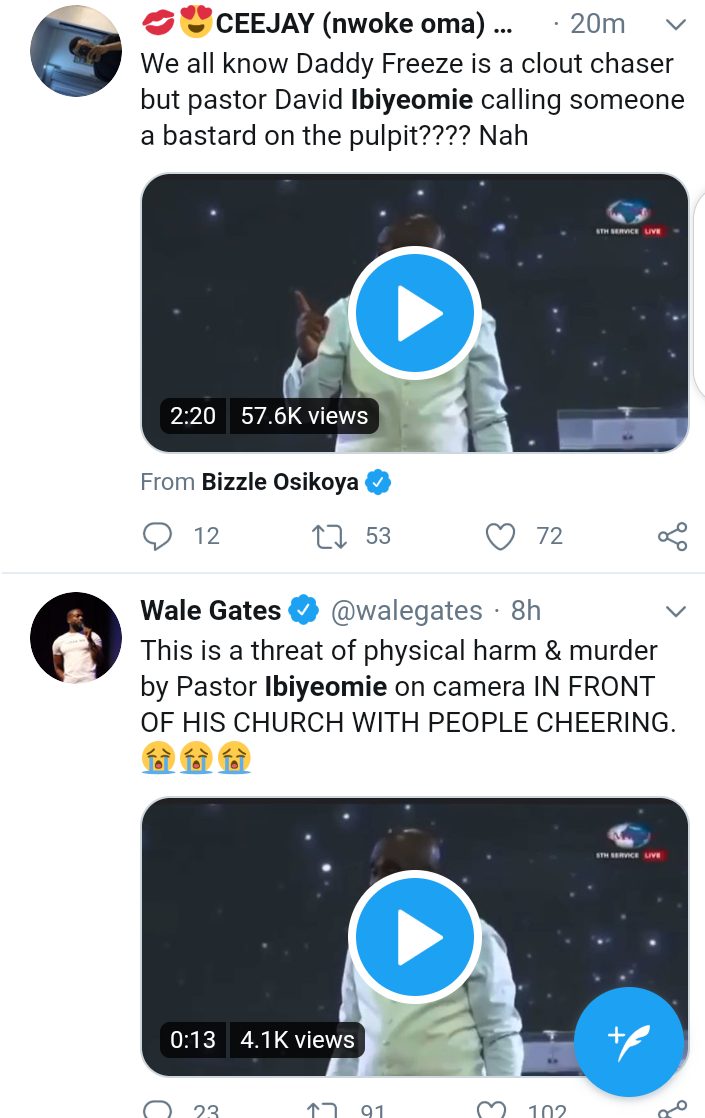 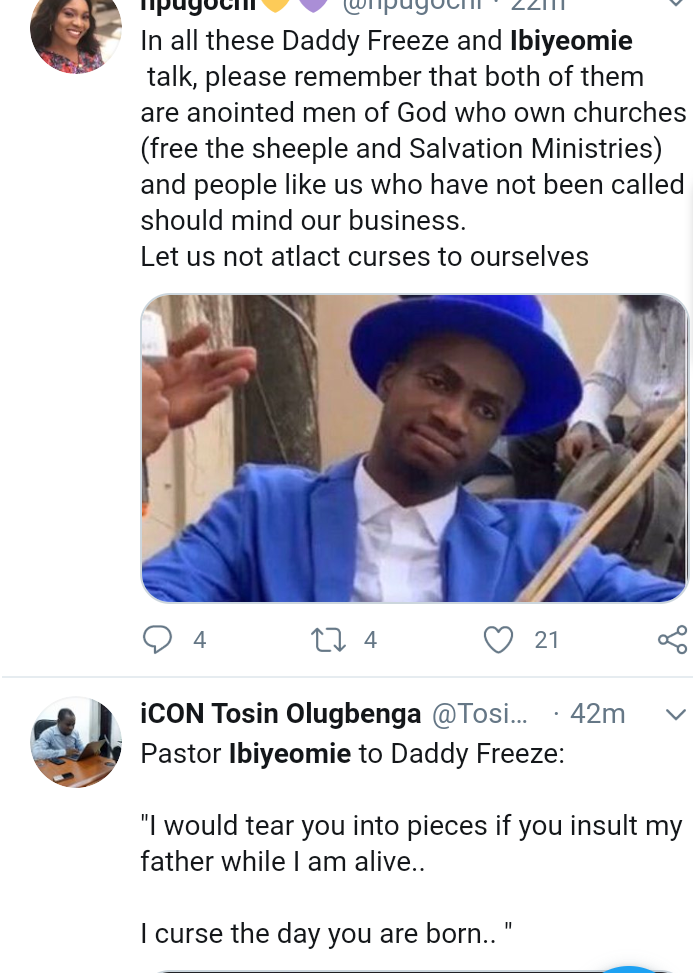 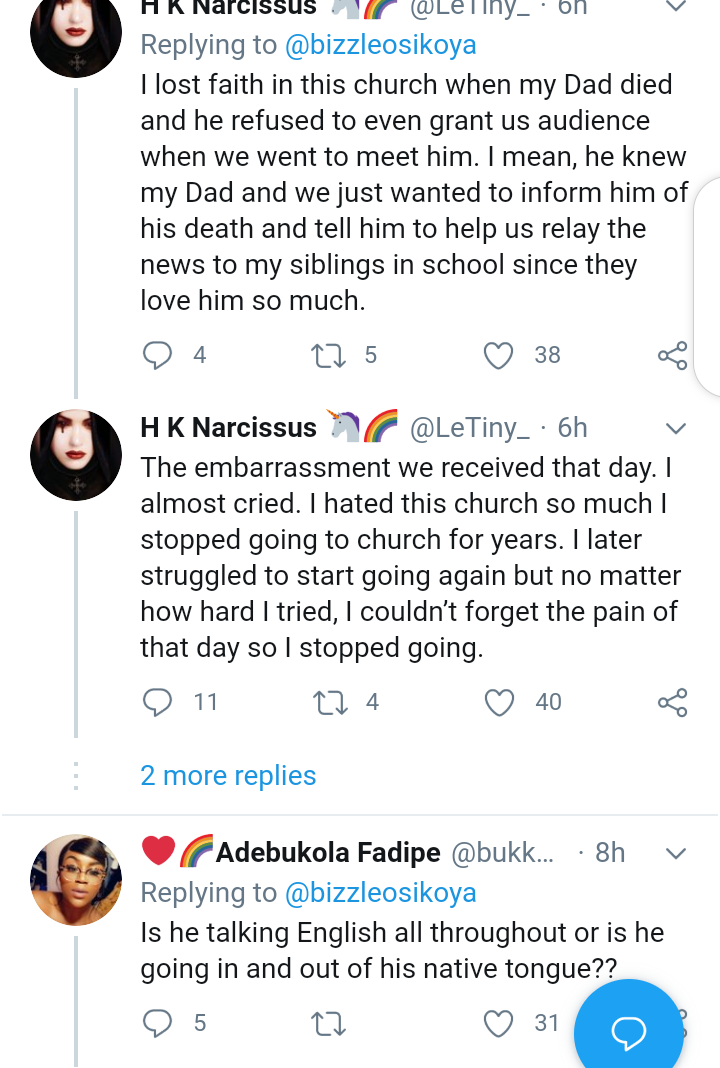 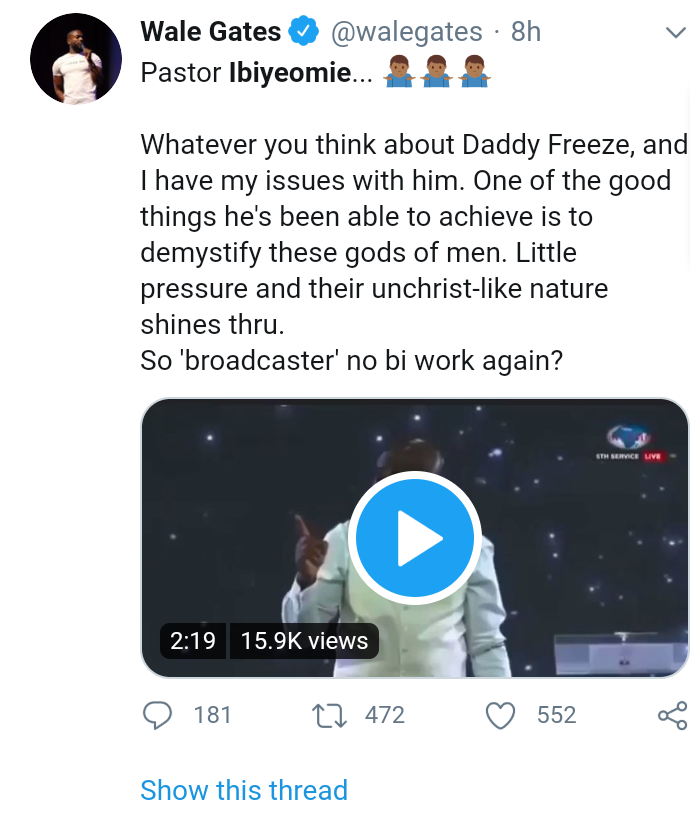 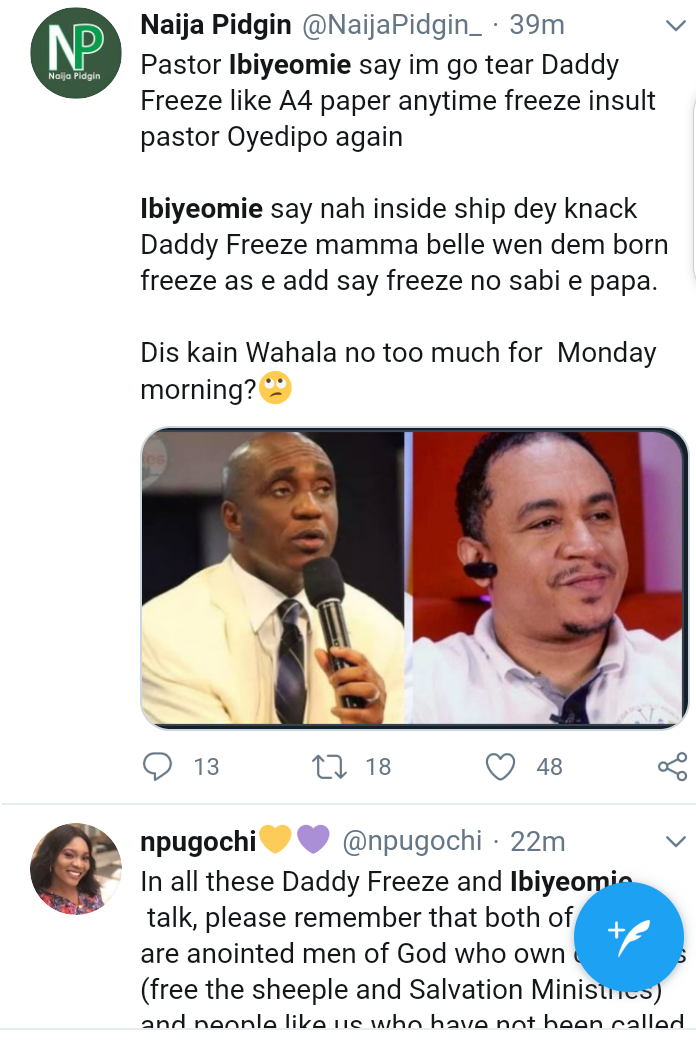 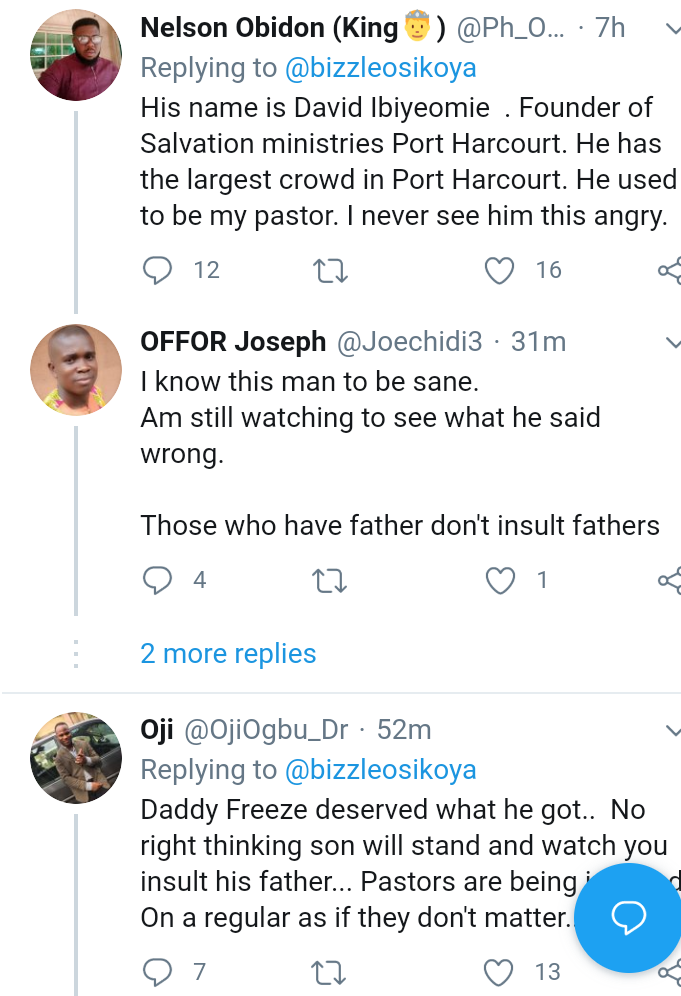 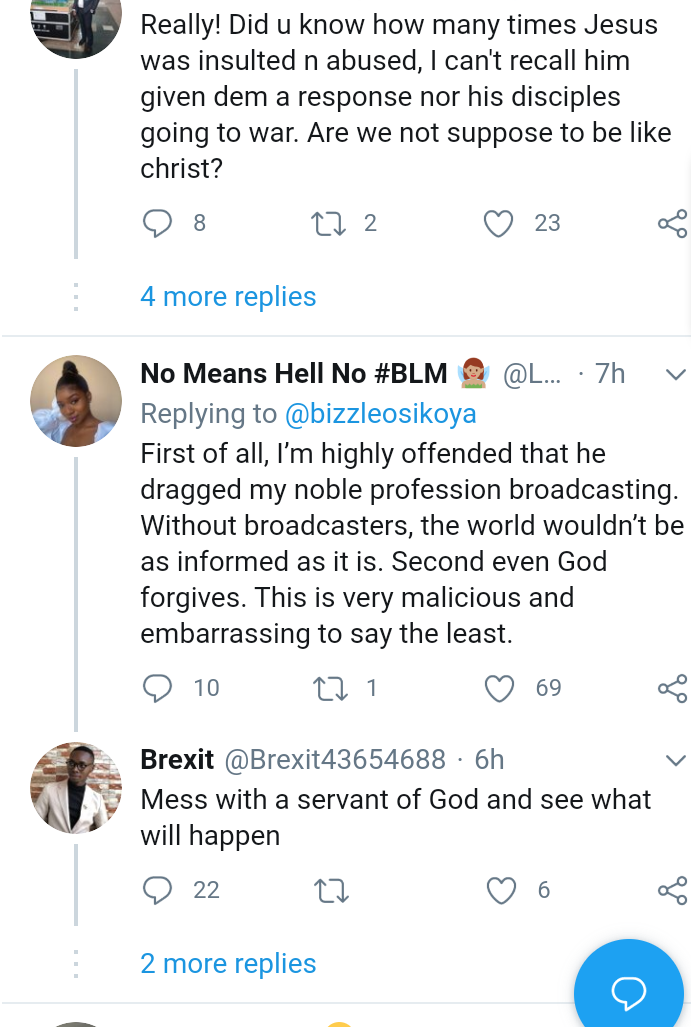 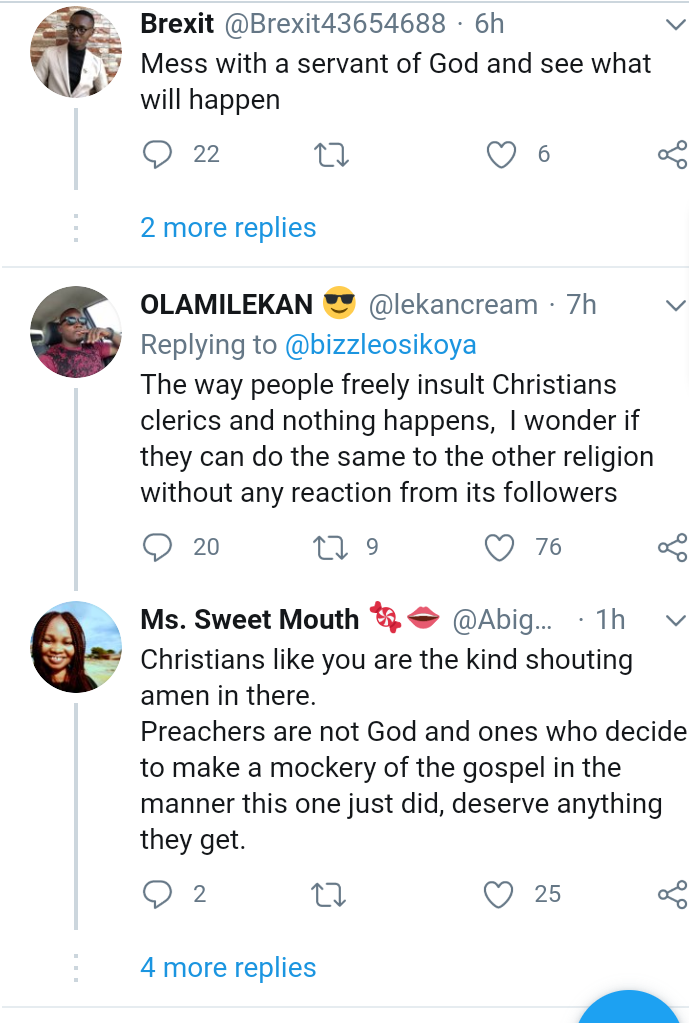 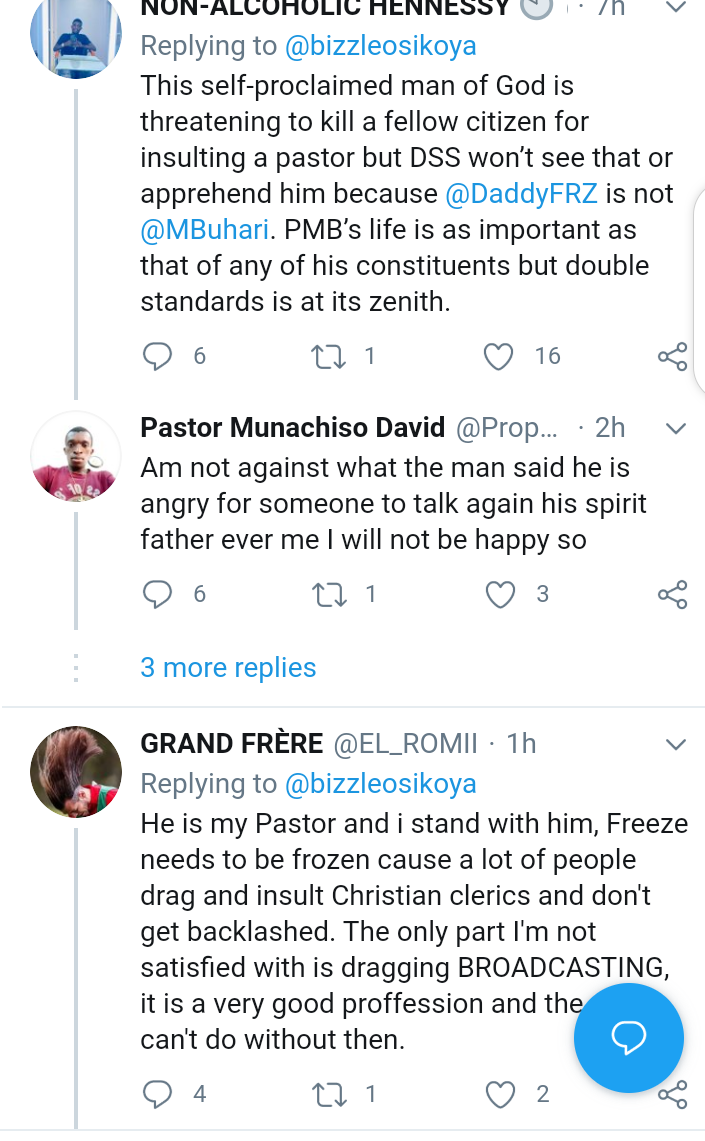