Nigerian Man Celebrates His 21st Birthday By Preaching In 21 Buses


A man took to social media to reveal how he preached the gospel in different buses on his birthday. 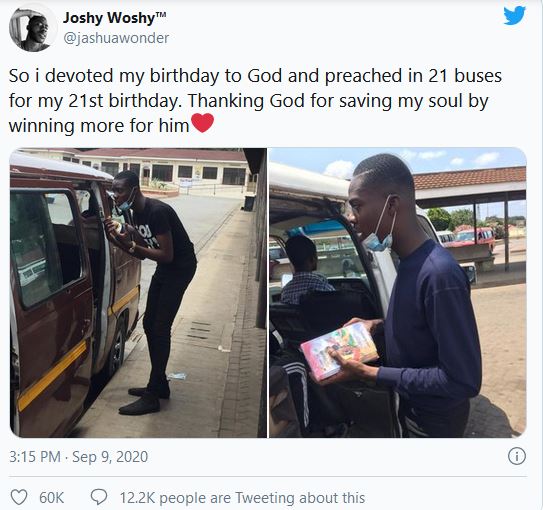 A Nigerian man on Twitter with the username @jashuawonder has revealed he devoted his 21st birthday to God by preaching in 21 buses.

He shared the inspiring message with social media users on Wednesday, September 9, as he thanked God for saving his soul by winning more souls.

“So i devoted my birthday to God and preached in 21 buses for my 21st birthday. Thanking God for saving my soul by winning more for him”

However, there has been mixed reactions in response to his tweet, as some internet users feels his wasting his youth if his not going to make money out of it, while some criticized him for sharing the information online.

Meanwhile, many people commended and encouraged him for preaching the gospel. 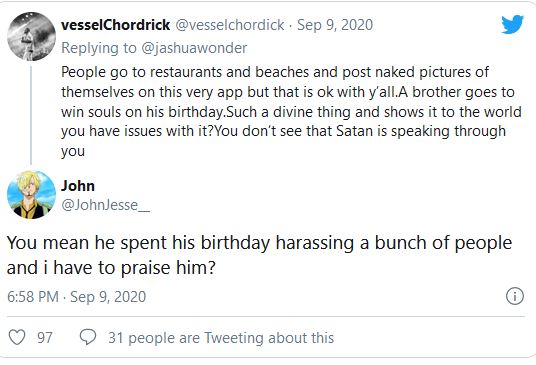 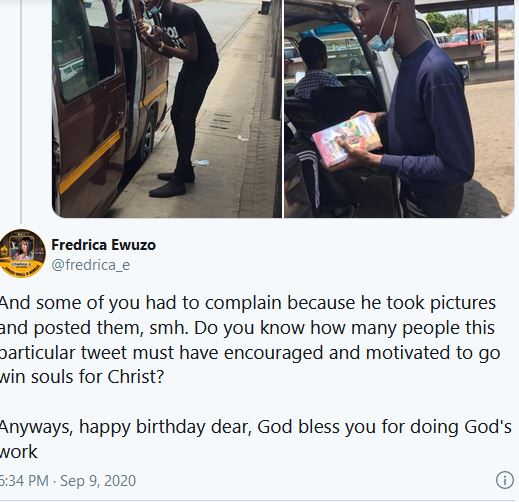 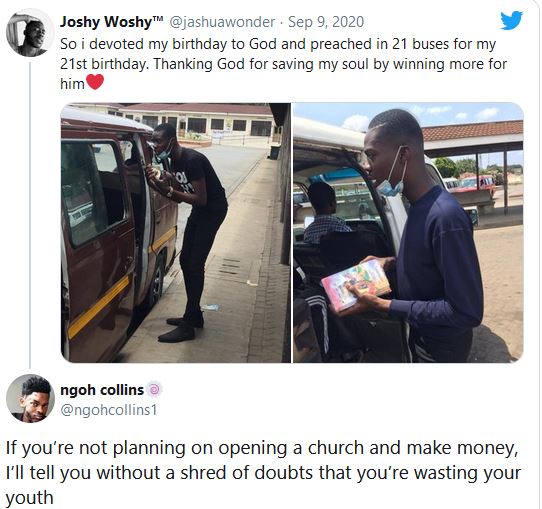 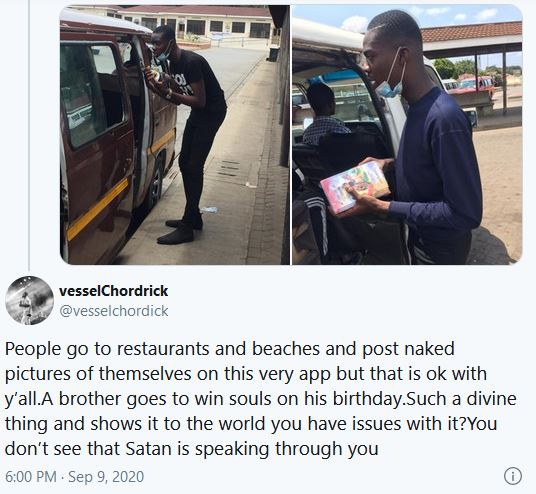