Gana Wanted To Work For God, Be A Changed Man Before He Was Killed – Widow Makes New Revelation


Recall that the Commander of Operation Ayem A. Kpatuma, Major General Ali Gadzama, had on Tuesday told Channels Television that Gana was killed in a gun battle with soldiers. 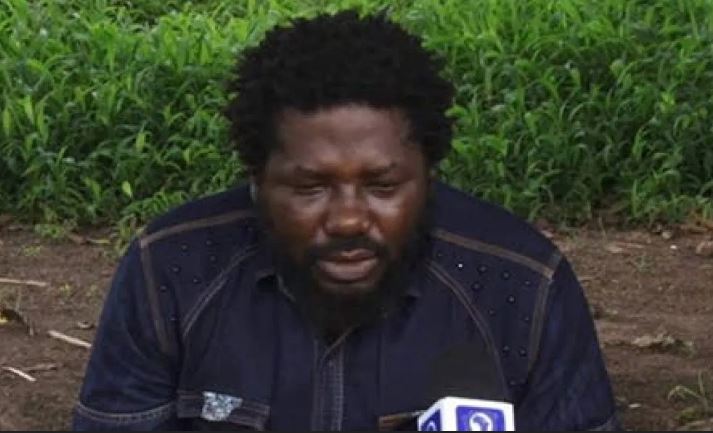 One of the five widows of the slain notorious militia leader in Benue State, Terwase Akwaza, aka Gana, Mrs Wantor  Akwaza, said on Thursday that her deceased husband was snatched by military men.

Recall that the Commander of Operation Ayem A. Kpatuma, Major General Ali Gadzama, had on Tuesday told Channels Television that Gana was killed in a gun battle with soldiers.

But a community leader, who confided in The PUNCH in Makurdi, said Gana was in a government convoy when he was dragged out of a car by soldiers at a checkpoint in Gbitse in the Gboko Local Government Area of the state.

Mrs Akwaza said her husband was in a convoy of government officials, traditional rulers and clergymen, heading to Makurdi, the state capital, to finalise the amnesty deal he had with the state government before he was killed.

The 34-year-old, who spoke with some select journalists in Abuja, said Akwaza only accepted the state government’s offer of amnesty and came out of his hiding after a former Governor of the State, Gabriel Suswam, visited and assured him that he was involved in the deal.

Suswam, who is currently the senator representing Benue North-East Senatorial District, had on Wednesday called on the Federal Government to set up a judicial commission of inquiry to unravel how Gana died.

But Gana’s widow said her late husband whom she last spoke with on Saturday, accepted the government’s amnesty offer because he was tired of living in hiding and wanted to start living as a freeman.

She said she wanted government to “bring the people” who killed her husband “to justice and pay compensation” of N5bn to the family.

Meanwhile, the Benue State Governor, Samuel Ortom, on Thursday said security had been beefed up in the Sankera area where Gana, hailed from.

Ortom, who was answering questions from journalists after his briefing on the outcome of Thursday’s Security Council meeting, called for calm in the area and assured the people that government had provided enough security in the area to forestall any possible breakdown of law and order.

The governor acknowledged the peaceful disposition of the people of Sankera despite the ugly incident and urged them to sustain the conduct as everything was being done to ensure guarantee the security of lives and property.

Speaking further, the governor explained that Benue State Security Council would be meeting with stakeholders from Sankera on Friday, (today) 11th September, 2020.

Ortom said that the meeting would review the situation of things in the area and fashion out a way forward, adding that the council also resolved to continue with the amnesty programme to cover those who retreated.

We won’t speak on Gana’s killing–DHQ

Meanwhile, the Defence Headquarters has refused to speak on the killing of Gana by the military on Tuesday.

The Coordinator, Defence Media Operations, Maj. Gen. John Enenche, said he would not take issues with the Benue State Governor, Samuel Ortom, and other political leaders, who had condemned the incident.