He was apprehended in Benin, Edo State, following a petition from a new generation bank. 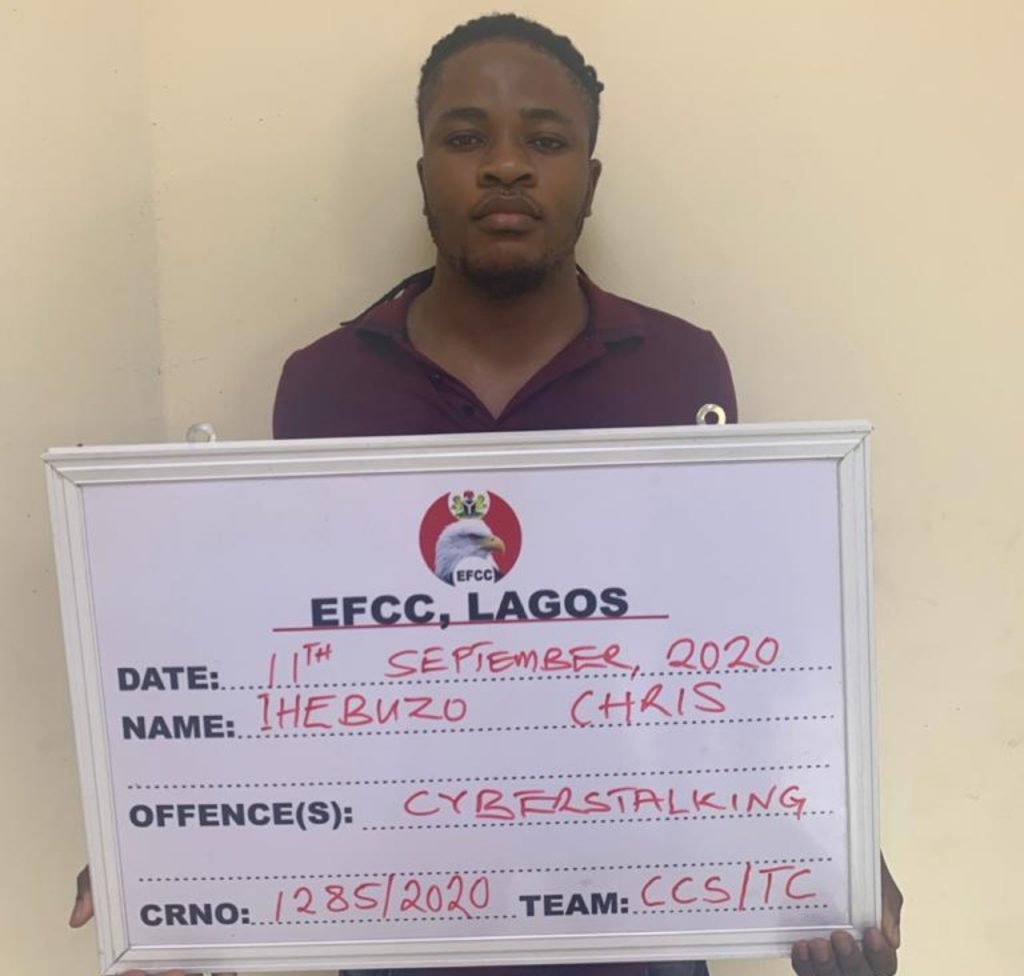 The Economic and Financial Crimes Commission (EFCC) has arrested one Ihebuzo Chris for alleged cyber stalking.

He was apprehended in Benin, Edo State, following a petition from a new generation bank.

The financial institution said the suspect, in a video, boasted to be in possession of personal information and Bank Verification Numbers (BVNs) of over 1000 customers.

Chris claimed to have obtained them after hacking into the bank’s database from his personal laptop computer.

EFCC operatives recovered the computer, a printout of over 2000 bank account details, including the BVNs and 12 ATM cards.

The commission added that an investigation is ongoing to unravel more details and accomplices.

Chris would be charged to court afterwards.