EFCC Under Fire For Concealing Identity Of Rogue Ex-NDDC Boss


The EFCC in a statement Friday announced the final forfeiture of the amount to the Federal Government. 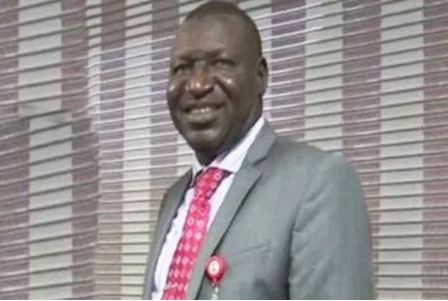 But the commission has got public condemnation instead for concealing the identity of the rogue former NDDC boss.

The EFCC in a statement Friday announced the final forfeiture of the amount to the Federal Government.

It said Justice R.M Aikawa of the Federal High Court sitting in Lagos, recently granted the order, based on an application by the Lagos zonal office of the Economic and Financial Crimes Commission( EFCC).

The EFCC had approached the court, seeking the forfeiture of the fund, arguing that it was traced, recovered and reasonably suspected to be part of proceeds of unlawful activities.

Specifically, investigation by the Commission revealed that a contractor with the NDDC, received funds for a purported contract and transferred N250million, suspected as kickbacks, to a real estate company, for the acquisition of a property in favour of the former MD of the NDDC.

The EFCC, armed with enough facts and figures involved in the transaction, approached the court for the forfeiture of the money to the government.

But who are the contractor and the ex-NDDC managing director?

“The former MD no get name? Abi his name na ‘Former MD?

If na small yahoo boys now, una go carry placard tie round his neck with the names of all his village people + ancestors on the board”, tweeted Okechukwu Onoh.

A furious Michael Ekpo asked the EFCC to withdraw the report.

“Whoever is in charge of this handle as Admin should be queried.
@officialEFCC. This news item is unacceptable, a fraud and should be immediately deleted. The NAME of the said MD must either be mentioned or the story taken down. We must do the proper thing and ensure the fight…”, he wrote.

Jerry Ohonsi said the EFCC has lost its credibility on the report.

“you people are not credible at all, if it was a boy that is trying to meet up with his love for now, una go carry laptop put for hin hand snap with motor for background. The NDDC MD no get name and face abi. Una be scam to this country. No wonder una oga self na thief”, he wrote on Twitter.

“This former NDDC MD doesn’t have a name or he’s ghost or y’all afraid to call him out?”, asked Jeffrey Aluefua.