In what will come across as a really startling development, a man has blocked a police van asking them to release a detained protester. 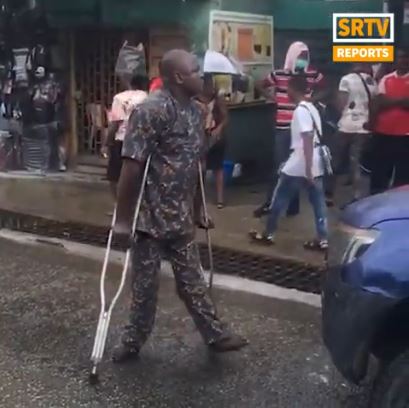 The video which was shared by SaharaReporters, has gone viral. It captured an exchange between the physically challenged man and policemen who allegedly arrested a protester.

The physically challenged man who stood under the rain, blocked the police van from moving and also told the security operatives "you cannot be cheating us".

He also demanded for the release of the unidentified protester and his phone.