It was an emotional moment as Ozoemena Chukwu reunited with his mother after his eviction from the show. 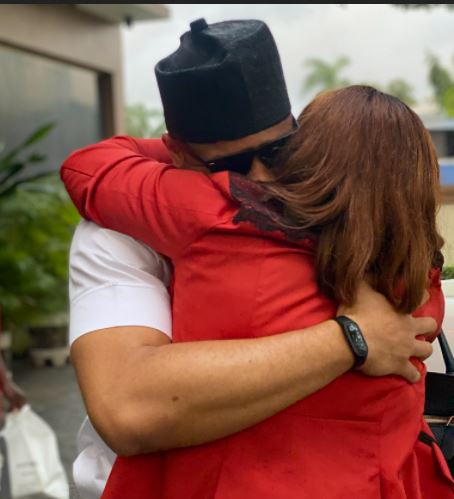 Ozo and his mom reunites

Big Brother Naija newly evicted housemate Ozoemena Chukwu, popularly known as Ozo has shared emotional moment when he reunited with his mom after been evicted from the house on Sunday.

The mother and son hugged each other tightly when they laid eyes on each other again after several weeks.

Recall that Ozo was evicted in what was said to be the biggest twist of the season, after been one of the favorite contenders for the BBNaija grand prize.

Unfortunately, the Imo State indigene saw his journey at the BBnaija house come to an end on Sunday, after he was evicted along side fellow housemate Trickytee.

However, the reality Tv star has shared beautiful moment when he reunited with his mom for the first time since three months, as mother and son engaged in an emotional hug.

Awww! this video of Ozo reuniting with his mom is so touching 🥺❤️❤️❤️#BBNaija pic.twitter.com/chFtEwTO8V