According to the former aide, the governor lacks knowledge of how and why APC was formed and he cannot speak for it. 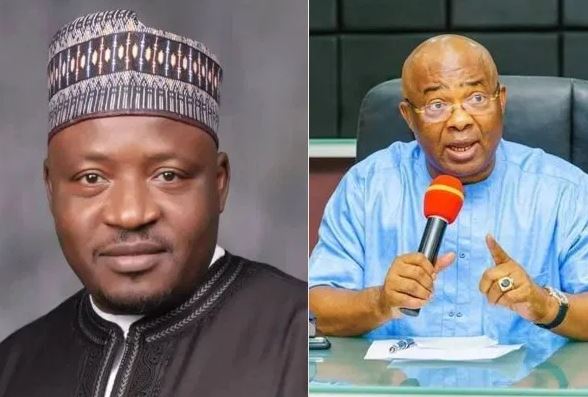 The former SSA to President Buhari on National Assembly House of Representatives Matters, Kawu Sumaila, has said that Governor Hope Uzodinma cannot speak for the All Progressives Congress (APC) because "he lacks knowledge of what the party stands for."

Sumaila who averrred that Uzodinma did not know why APC was formed and was not there when the ruling party struggled in all its campaigns, told reporters in Kano that Uzodinma's alleged comment about the just concluded Edo state governorship election is "unjust".

The former SSA also called on the APC to look inwards and bring all those who brought the party into disrepute to book. Sumaila also accused former national chairman of the APC, Adams Oshiomhole of leading the party to near collapse.

“I believe that it is high time the APC looked inwards and bring all those who caused the party into disrepute to book. They should pay for their misdeeds, and this should be from 2019 to date.

“Anybody who does not go with the party’s position should seek relevant legal attention.

“Imo State governor, Hope Uzodinma ranting was nothing but unjust, because in the first place, the governor lacked knowledge of how and why APC was formed and he cannot speak for it.

“Hope Uzodinma was not there when APC struggled in all its campaigns and I had never seen him following President Buhari anywhere during the campaigns, so he lacks knowledge of what APC stands for and he cannot speak for it.”