Some soldiers of the Nigerian army have expressed sadness over the refusal to recognise and honour other colleagues of colonel Bako killed in Boko Haram ambush. 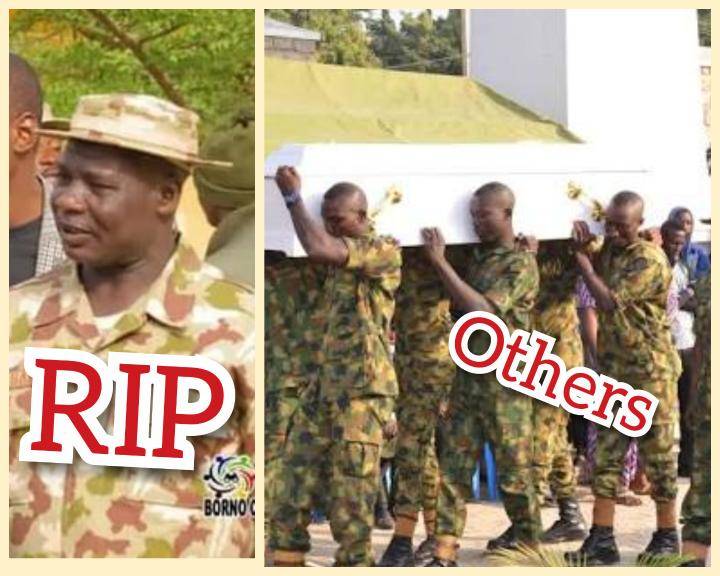 Colonel Bako and other soldiers were killed in Boko Haram ambush
Troops of the Nigerian Army have been angered by the refusal of the authorities to recognise and honour other soldiers ambushed and killed alongside Dahiru Bako, a colonel and Commander of the Brigade.
Recall that Bako was Commander of Sector 2, Operation Lafiya Dole, the team combating terrorism in the North-East region of the country before he was killed.
The senior military officer lost his life on Monday in an ambush set up by the insurgents, according to a report by HumAngle.
Three other soldiers killed alongside Bako were not recognized nor given any respect or befitting burial.
The identities of the three fallen soldiers are Lance Corporal Oluwaseyi, Lance Corporal Nwobuji Desmond and Private Aliyu Ibrahim.
It was reported that their family was not also given any official condolence by the military.
An insider, who spoke with HumAngle, stated that by this, authorities continually alienate their subordinates and fail to show patriotic examples in leadership.
Top Stories

Reality Star, Uriel Oputa Continues Shooting Her Shot at Pere After She Got a Positive Response