A Kano State musician's life has been saved following the intervention of the NBA. 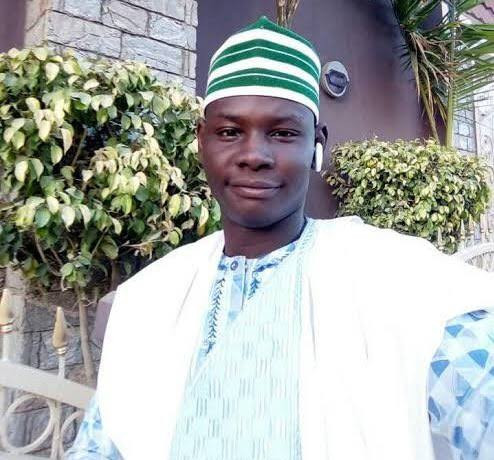 Kano State musician,Yahaya Sharif-Aminu
The Nigerian Bar Association, NBA has disclosed that the life of Kano State musician,Yahaya Sharif-Aminu who was sentenced to death by a Kano State High Court has been saved following its visitation, according to a report by DailyPost.
“The end result of our mission was successful,“ NBA’s 1st National Vice President, Mr. John Aikpokpo-Martins Esq said.
The legal practitioner spoke during the NBA Effurun Branch monthly meeting in Delta State.
According to Aikpokpo-Martins, the musician was denied access to lawyers. He added that lawyers were also prevented from seeing him.
“That’s against the constitutional provisions of the legal practice. Every person charged for a criminal offence must have access to a lawyer. Since we are hearing reports that he is being denied access to lawyers, we went there to verify whether or not, there was access to him by lawyers.
“Eventually, when we got there, we discovered really that we couldn’t have access to him and the Prison Officers also told us that lawyers have not had access to him since he was sentenced to death.
“Even at trial, he had no lawyer. That was very shameful to say the least. But our going there put the matter to public space and has made it a serious issue.
“Before we went, lawyers were also trying to get the documents and records of proceedings so that they could appeal, but they couldn’t get it. But thankfully, after we went there, they had all those papers. They have appealed the judgement.”
While noting that it is not the duty of the NBA to represent the musician in Court except there is the need to do so, Aikpokpo-Martins said, “He(musician) has lawyers who will represent him.
“So, the reason we went actually was to see whether or not he was being denied access to lawyers and which was proven to be true. On the long run, our getting there yielded results.
“We don’t know whether he had access to lawyers as we speak but at least, he was able to file an appeal and his life was preserved because if not, I think it was supposed to be 10th of September that he would have completed 30 days and the governor of Kano State said that if there was no appeal within that 30 days, he was going to execute the man. But thankfully, there was an appeal and that has saved his life. It was quite successful.
He urged the Press to follow up and monitor the matter to a logical conclusion.
Top Stories