The suspect who works as a security guard at night was arrested with different contraband drugs. 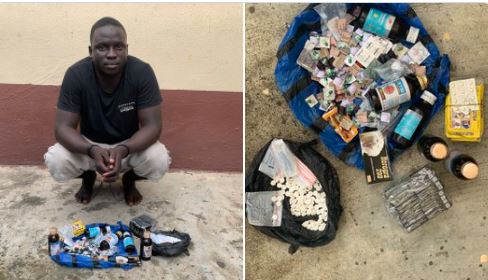 A man who peddles contraband drugs at a bus-stop in the state has been apprehended by the Rapid Reponse Squad of the Lagos state police command.

In a tweet shared on the agency's official Twitter handle, it was alleged that the suspect also serves as a security guard at night.

Drugs like Tramadol, Codeine and “Manpower” were found on the suspect who will soon be charged to court.

"Police officers have arrested this suspect who peddles contraband drugs at a bus-stop during the day and serves as a security guard at night. Substances like Tramadol, Codeine, “Manpower”, etc are part of the items found on him. He will be charged to court. #StaySafe #TheGoodGuys" 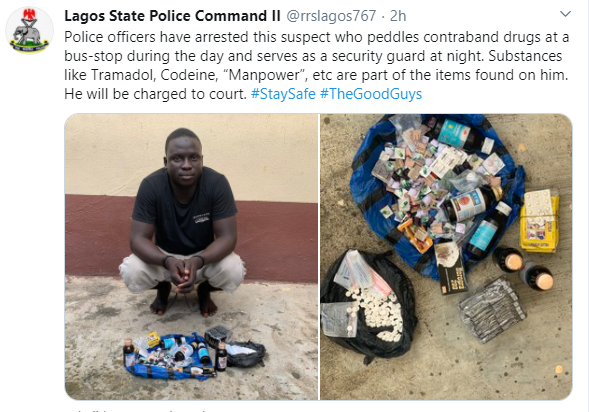