Nigerian traders in Ghana are contemplating taking their lives over the unfair treatment being given them in the country. 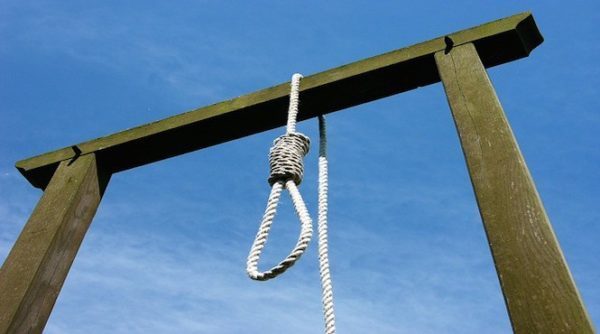 File photo
A group, the Progressive Ambassadors of Nigeria has raised alarm saying that some Nigerian traders in Ghana are considering suicide as option over the illtreatment they are receiving from the country.
This is coming after Ghanaian government took some actions against traders which have caused rising cases of frustration, biting hunger and sad feelings of abandonment.
Recall that many shops belonging to Nigerian traders were shut in Ghana following a $1m levy imposed on them by the government of the West African country.
Recall that the Speaker of House of Representatives, Femi Gbajabiamila and Nigeria’s Vice President, Yemi Osinbajo subsequently visited the country with a view to resolving all the issues.
Reports revealed that the Ghanaian government has not heeded the pleas of the Vice President and the Speaker.
The PAN Director of Media, Emmanuel Ohiomokhare in a statement released on Monday revealed that many victims of the Ghanaian government’s action are already stranded and frustrated.
He, however, appealed to the federal government to consider the immediate evacuation of those traders in Ghana whose businesses have been clamped down by the host government.
Ohiomokhare called on President Muhammadu Buhari and Chairman of Nigerians in Diaspora Commission (NiDCOM), Abike Dabiri-Erewa to use the occasion of Nigeria’s 60th Independence Anniversary to facilitate their urgent evacuation.
“This appeal has become increasingly necessary following the rising cases of frustrations, biting hunger and impoverishment, sad feelings of grave abandonment and conflicting reports of attempted suicides by several victims some of whom are being threatened by their landlords; having lost their means of livelihood.
“As we speak, several families are now begging to feed with no form of palliatives or financial assistance; and sick children are unable to access medical treatment,” Ohiomokhare said.
Top Stories