An aide to President Muhammadu Buhari has attacked popular musician, Wizkid on Twitter. 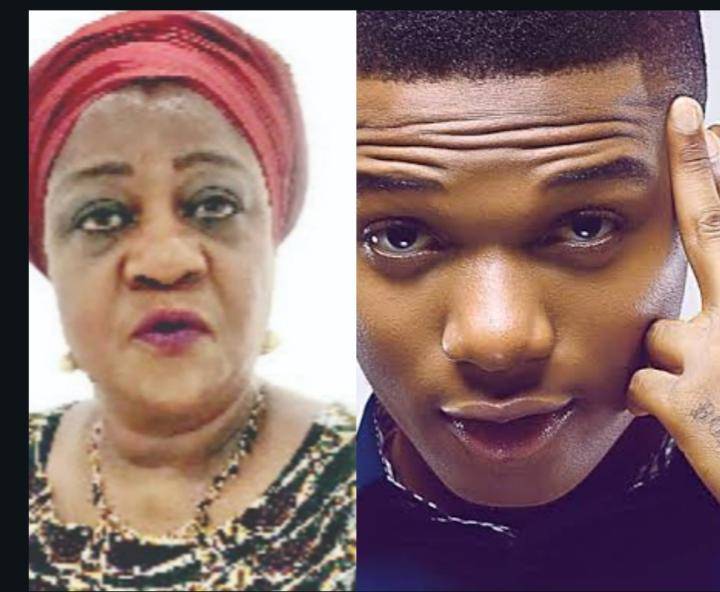 She however, locked her comment section to avoid attacks from Wizkid's fans.
According to her, Wizkid is a dumbkid.
Wizkid had in the heat of the outrage on Twitter against the Special Anti-Robbery Squad (SARS) told Buhari to concentrate on ending indiscriminate killings by SARS.
“Donald Trump is not your business! Old man! Police/Sarz still killing Nigerian youth on a daily! Do something! Nothing concern u for America! Face your country !!” he had written.
Responding on Tuesday, Mrs Onochie said the 30-year-old would learn some manners when he grows older.
“It’s not disrespectful to call anyone old. It’s the way and manner Ayo Balogun addressed the President that leaves a sour taste in the mouth,” she said.
“He exhibited crass ignorance, insensitivity and childishness. But hey, he’s a #DumbkidNotWhizKid. When he grows up, he might learn respect.”
Wizkid’s statement did not also sit well with musician Blackface a member of the defunct music group Plantashun Boiz, Igbere TV reports.
“Why don’t you face your music small man? I understand why that is difficult because it doesn’t have any substance #ChildrenOfNowAdays,” Blackface had tweeted.
“No be every verified account the person name on top dey control So it is possible that that @wizkidayo account is being handled by an agent because I don’t believe Wizkid is that dumb to insult his father or his father’s mate.”

Its not disrespectful to call anyone old. Its the way and manner Ayo Balogun addressed the President that leaves a sour taste in the mouth.

He exhibited crass ignorance, insensitivity and childishness. But hey, he's a #DumbkidNotWhizKid