Security operatives have successfully rescued a young lawyer abducted near her home in Rivers. 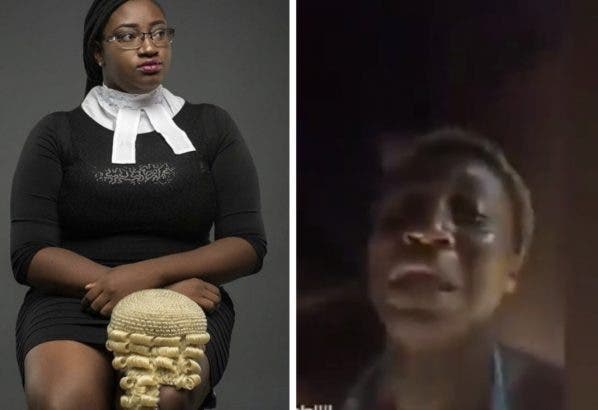 Bisola Paulette Ajayi
A 25 year-old Lawyer, Bisola Paulette Ajayi recently abducted by unknown gunmen has been rescued.
Recall, that Bisola was trailed and kidnapped by unknown gone men, in front of her compound at Rumukwurushi in Port Harcourt on October 5 while she was coming home from work.
According to reports, Bisola has been rescued by the Anti-Kidnap unit of police in Rivers State today, October 8.
Police operatives led by DSP Adewale, embarked on the Operation to Etche, as two suspects linked to the crime has been arrested.

JUST IN: 25y old Lawyer, Bisola Paulette Ajayi abducted by unknown gunmen has been rescued by the Anti-Kidnap Unit of @PoliceNG_Rivers. DSP Adewale led the Operation to Etche. 2 suspects arrested.

God bless you all for your prayers and support.
We have found her and yes! She was found unscathed.
God did it!
Our Bisola has been found. https://t.co/egDqYBAXga