Another Nollywood actress has cried out that she got marriage proposal message from a Twitter user. 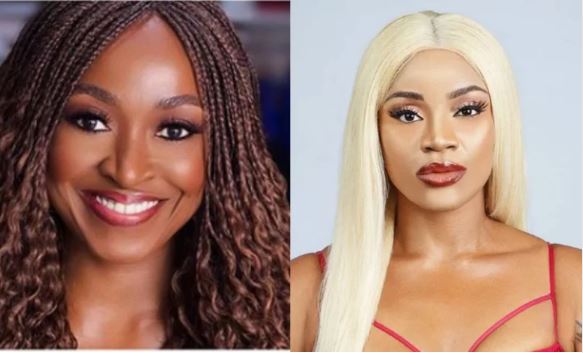 Kate and Ogbodo
Nollywood actress, Uche Ogbodo has raised alarm on her social media page accusing the same secret admirer who sent a love message and proposed to veteran actress, Kate Henshaw via her DM of doing the same thing to her.
Kate Henshaw, a divorcee had taken to the micro blogging platform, Twitter yesterday to share a screenshot of the message she recieved.
She wrote:
“How does one respond to this kind of message in the DM, in the wee hours of the morning?? No picture….. Thank you oo whoever. I am flattered.”
Reacting to it, Uche Ogbodo revealed the said man has sent her same message. Ogbodo called him a fool. She wrote:
“Haaaaa! This same fool sent me this same message”
“the person is a fool for sending same message to a million women on ig . No serious minded man would do such. Isn’t it obvious he is just fooling around with Celebrities?”

How does one respond to this kind of message in the DM, in the wee hours of the morning??
No picture.....😔😔😔
Thank you oo whoever. I am flattered. pic.twitter.com/Dg9MZgUfA3