It was gathered Birma and his colleague were conveying some drug suspects arrested in Michika, to Yola when they were attacked by a mob in Hong. 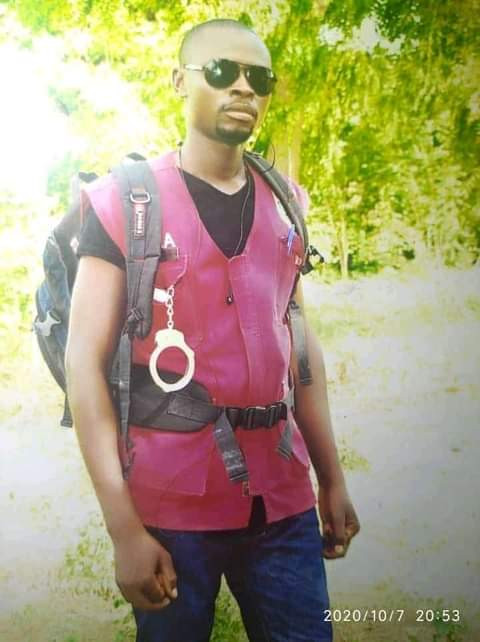 It has reported that Samuel Birma, an official of the National Drug Law Enforcement Agency (NDLEA) has been killed.

According to PREMIUM TIMES, the officer was allegedly attacked and beaten to death by a mob in Adamawa. This was after some suspected drug dealers raised a false kidnap alarm.

It was gathered Birma and his colleague were conveying some drug suspects arrested in Michika, to Yola when they were attacked by a mob in Hong.

The suspected drug dealers incited the mob, claiming they have been kidnapped and the mob descended on the anti-narcotics officials, killing Birma and injuring his colleague.

Late Birma, who was popularly known as Mbakwe hailed from Hildi in Hong local government area of the state.

“On arriving, being a weekly market day of the town, the suspects raised an alarm, shouting that they (were) kidnapped and solicited for help, thus raised the curiosity of people particularly their cohorts,” a source told PREMIUM TIMES.

“While efforts made by the NDLEA officials in identifying themselves with the presentation of staff identity card fell on deaf ears, the perpetrators descended on them with dangerous weapons killing one of the NDLEA officials on (the) spot and set his lifeless body on fire while the other official was macheted and sustained high degree of injury." the source added.

Spokesman of the Adamawa State Police Command, DSP Suleiman Nguroje, who confirmed the incident on Thursday, October 8, said an investigation has commenced to unravel those behind the act.

“As I’m talking to you now, the doctor has already confirmed that one of the NDLEA (officials) attacked was killed and the other one was responding to treatment, and that the Commissioner of Police has directed the immediate investigation into the matter with immediate effect,” said Mr Nguroje.

"The outcome of the investigation will be made public and law will take its course, arrests will be made and whoever is behind the act will be prosecuted,” he added.

A brother to the deceased official, Ayuba Birma, prevailed on the authorities to fish out the perpetrators of the act and make them to face the law.