A Nigerian migrant worker has died a painful death after three Libyan nationals set him on fire. 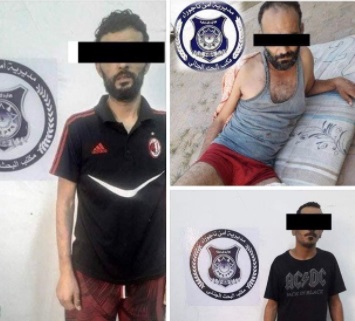 The Libyans burnt a Nigerian migrant worker alive
The United Nations (UN) has condemned Libya after three of its citizens burnt a Nigerian migrant worker alive in the country.
The shocking story was made public by Libyan Interior Ministry.
It was gathered that the three Libyan men stormed a factory in Tripoli, doused a Nigerian worker in petrol, and set him on fire.
A statement by Tripoli's interior ministry on Wednesday said the 3 suspects, all Libyan nationals, had been detained for the attack on the Nigerian man who has not been named on Tuesday October 6.
According to the ministry, witnesses  described the men storming the factory and setting the Nigerian man on fire.
The attack, one out of many carried out by Libyans on migrants in the north African country has been described by the United Nations as "another senseless crime against migrants in the country."
"We are horrified by the killing of a Nigerian migrant worker in Tripoli, Libya by three men yesterday. The young man was burned alive, in yet again another senseless crime against migrants in the country," tweeted Federico Soda, head of the UN's International Organization of Migration mission in Libya.
"Those responsible must be held to account." 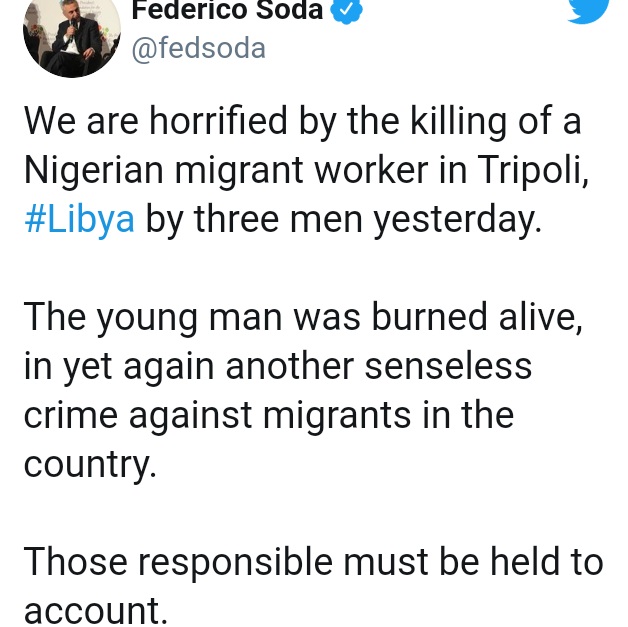 Libya has been accused of being a hostile environment for migrants and refugees who mostly pass through the country in an attempt to reach safer shores in Europe. In 2017 CNN did an undercover documentary showing Libyan buying and selling captured migrants like slaves, to the shock of the international community.
In August, over 45 migrants died in a shipwreck off of the Libyan coast while more than 7,000 people making the journey from Africa to Europe have been returned to Libya in 2020, according to the UN Refugee Agency.
Last month, Amnesty International released a damning report detailing "horrific cycles of abuses" of migrants in Libya.
The report also cited including unlawful killings, enforced disappearances, torture, and rape.
"Instead of being protected, they are met with a catalogue of appalling human rights abuses and now unfairly for the spread of the Covid-19 pandemic on deeply racist and xenophobic grounds," said Diana Eltahawy, the rights group's Deputy Regional Director for the Middle East and North Africa said in the report.
"Despite this, even in 2020 the EU and its member states continue to implement policies trapping tens of thousands of men, women and children in a vicious cycle of abuse, showing callous disregard for people's lives and dignity." 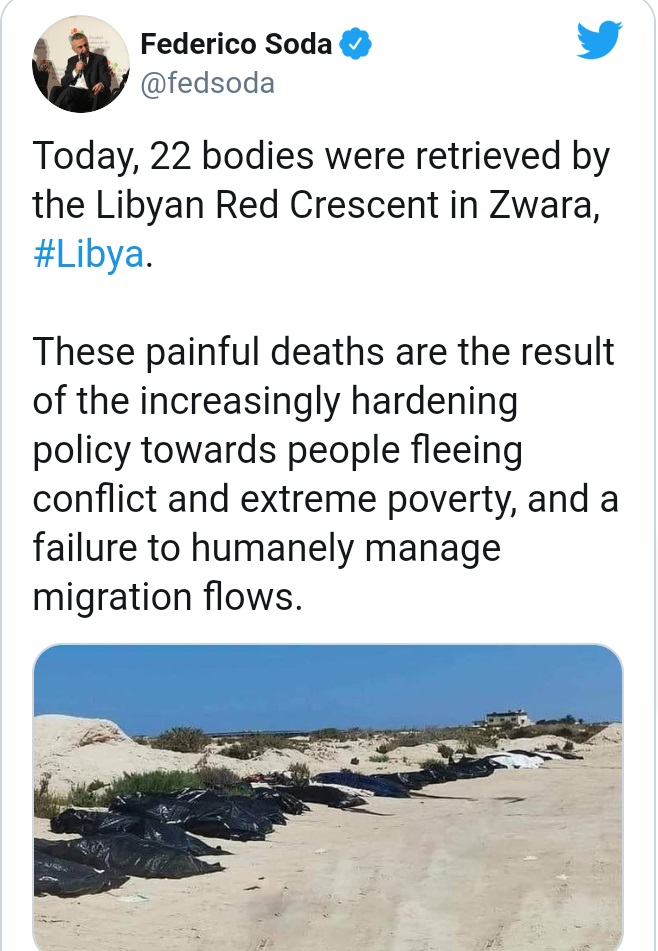