Tragedy As Tanker Explosion Kills Many People In Osun


Many lives have been lost in Osun state after a tanker carrying diesel exploded. 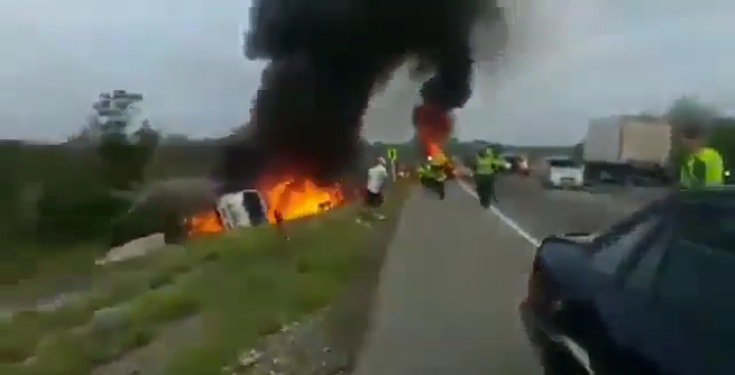 Tanker explosion (File photo)
A truck carrying diesel has exploded killing many people in Osun state.
It was gathered that the car lost control, spilt its content and caught fire.
About seven vehicles, including an 18-passenger commercial bus were reportedly burnt.
Spokesperson for Osun Command of Nigeria Police Force, Yemisi Opalola, confirmed the accident, saying the number of the victims could not be ascertained yet.
The sad incident occurred at Igbelajewa Village, along the Ilesha-Akure Expressway, on Monday.
Details later…
Top Stories