The protesters were attacked at Olaiya Junction, Osogbo, the state capital, SaharaReporters gathered. 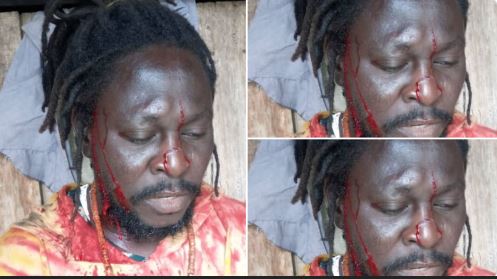 It has been reported that some hoodlums have attacked peaceful protesters again.

The hoodlums attacked the #EndSARS protesters in Osun State, according to SaharaReporters.

The protesters are part of those calling for a full reform of the Nigeria Police Force over the extra-judicial activities of the defunct Special Anti-Robbery Squad unit of the police.

The protesters were attacked at Olaiya Junction, Osogbo, the state capital, SaharaReporters gathered.

While many of the protesters are injured, some are yet to be accounted for.

The peaceful protest taking place across states of the country had been characterised by attack on demonstrators by the police.

At least 10 people have been killed by the police so far across the country.