The suspects contacted random people on social media and said they had received huge money as funds for charity work from philanthropists, with which they wanted to help others thereby defrauding their victims 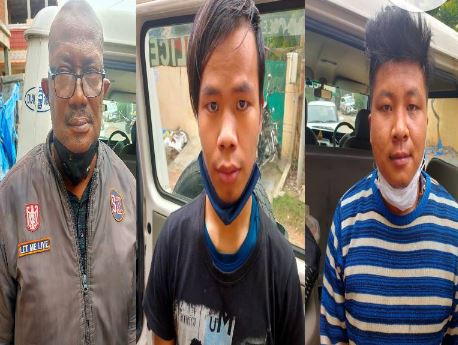 A Nigerian national alongside two northeast Indians have been arrested by the Rachakonda cyber crime sleuths in Hyderabad for scamming people in the name of charity.

The arrested persons were 54-year-old Obidimma Hillary, Lal David and Paukhawmuan alaias Muan Lion Thang, residents of Bengaluru and natives of Mizoram. The kingpin identified as Niyibizi Egide, is on the run.

Confirming the arrest on Friday, October 16, the police said the gang contacted random people on social media platforms like Facebook and Instagram and said they had received huge money as funds for charity work from philanthropists, with which they wanted to help others.

According to the police, on 13 February, 42-year-old Prashanthi, a resident of Yapral, met the accused on Twitter and started talking about spiritual matters. Later, they started chatting on Hangouts. During their chats, the accused told the victim that he had received a donation of $6,52,000 from a wealthy man in the UK for charity purposes. He told Prashanthi he would transfer the amount to her bank account for charity works in India.

Meanwhile, another accused impersonated a Customs official and asked Prashanthi to transfer Rs 23 lakhs to 16 different bank accounts citing various charges to release the agreed amount. After the victim realized that she had been cheated she lodged a complaint with the cyber crimes police, Rachakonda, and a case was registered under various sections of the IPC and the IT Act.

The three accused allegeldy collected details of different bank accounts of northeast Indians, including the internet banking user ID, password, ATM cards, and PIN numbers by paying Rs 10,000 per account. Obidimma Hillary allegedly shared the account details with Niyibizi Egide. In this way, they had cheated Prashanthi to the tune of Rs 23 lakhs. After the funds were credited to their accounts, Obidimma Hillary and Lal David withdrew the money.

Obidimma and the other two suspects recorded their confessions on Friday. They told the police that Egide, who is on the run, targeted people through social media.

The police seized five mobile phones, 18 bank ATM cards from the accused and warned the public not to accept any random friend requests over social media.