Men of the Nigeria police have been forced to run for their lives after being attacked by thugs. 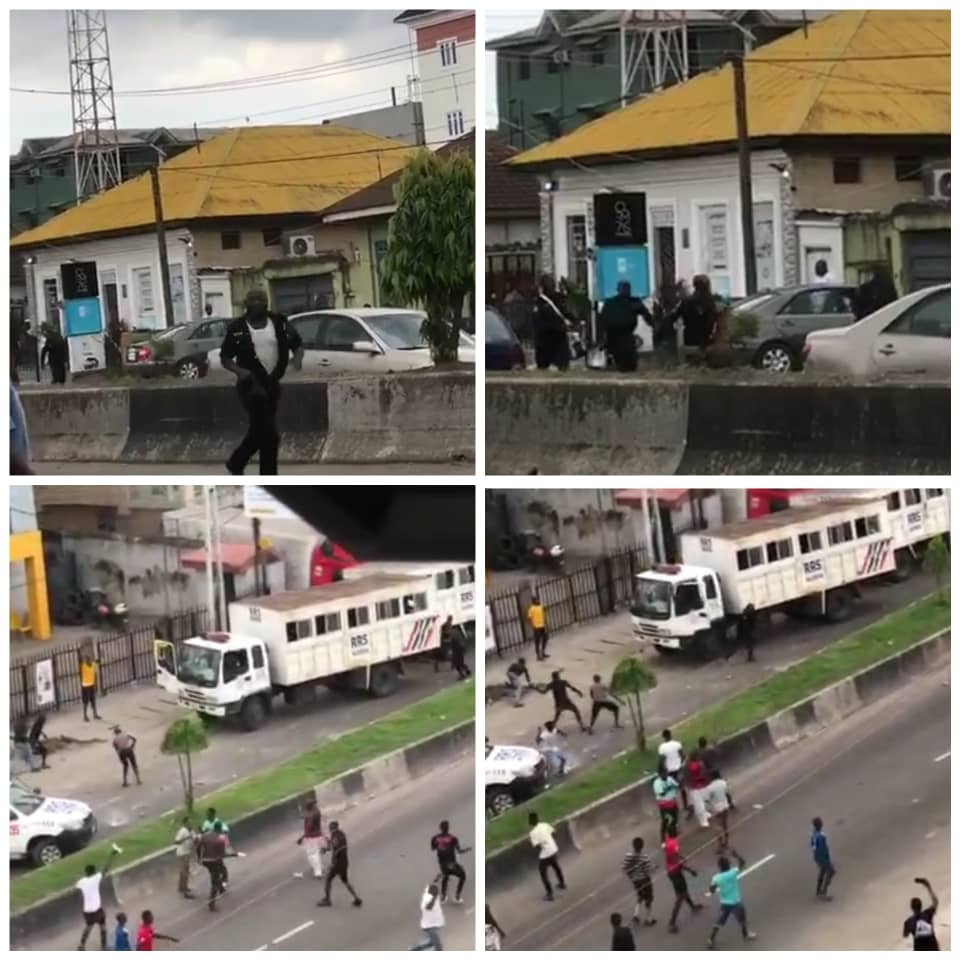 Thugs attack police in Lagos
Thugs have forced men of the Rapid Response Squad, Lagos state police command to flee for their dear lives after attacking their van.
The incident happened along Herbert Macaulay way in Yaba on Monday morning October 19.
The thugs threw stones and other dangerous weapons at the officers who immediately jumped down from the van and started running for their lives. 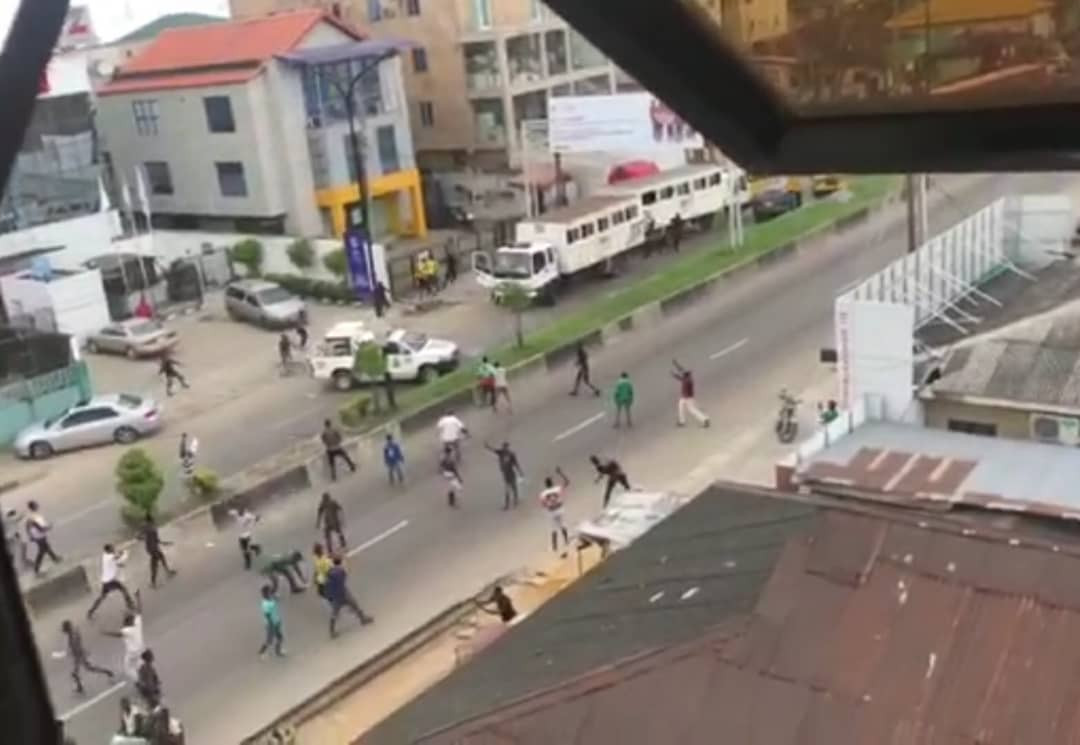