A young man has been apprehended after he was caught while planting charm at a politician's house. 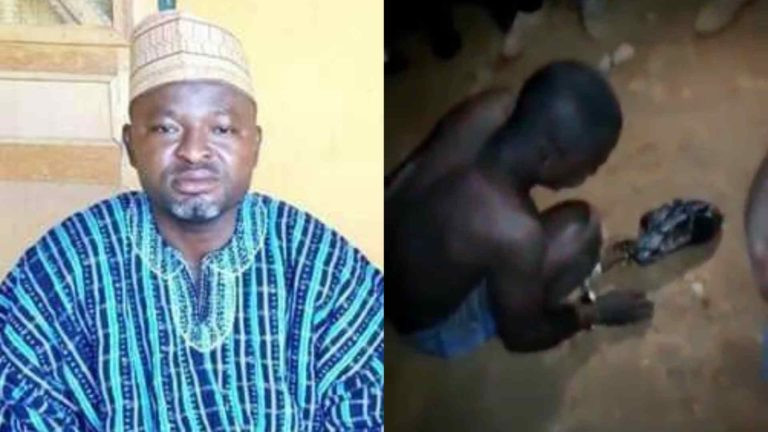 The man caught while planting charm at a politician's house
A man has been beaten to a pulp by an angry mob after he was caught planting charm at a politician's house.
The shocking incident happened in Ghana.
It was gathered that the man was caught planting the charm ahead of of the election scheduled to hold in the country.
The suspect was nabbed at the house of the parliamentary candidate of the New Patriotic Party (NPP) in the Chereponi constituency, Hon. Abdul-Razak Tahidu.
After being caught, he showed the policemen and other people present at the scene what he had planned to do.
Hon Abdul-Razak Tahidu who is also the District Chief Executive(DCE) for the area, was elected the NPP Parliamentary Candidate for election 2020 during the 2019 NPP primaries in Chereponi.
Here is the video below: