Youths in Lagos have continued to protest against SARS even after an order by the state governor. 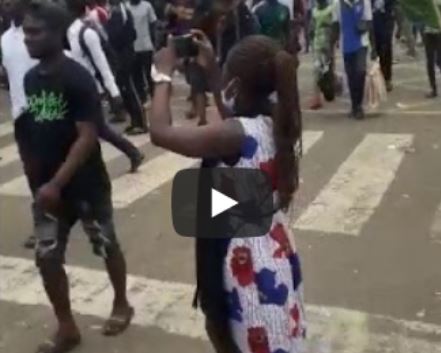 Lagos protesters defy curfew order
#EndSARS protesters have refused to leave the streets of Lagos in defiance to a curfew order imposed by the Governor, Babajide Sanwo-Olu on Tuesday.
Hundreds of protesters were seen still protesting after 4pm which is the time the order is supposed to commence. They are demanding that the government meet their demands immediately before they can leave the streets.
Watch videos below:
Top Stories