#EndSARS: Oke Was Was Stabbed By Thug And Rejected By Two Hospitals - Brother Tells The Real Story


The story of Oke's death has gone viral, with some reports claiming a stray bullet from a police officer killed him. 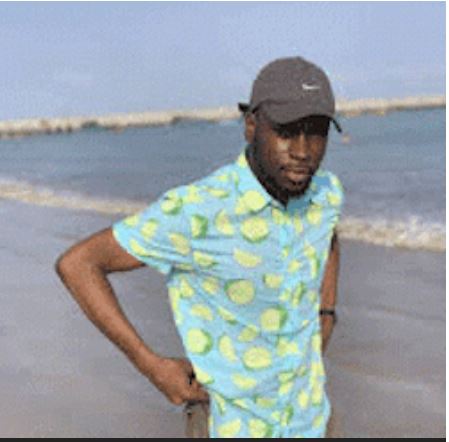 A man who has said he is the younger brother of the late Oke Obi-Enadhuze, a product designer, has spoken on the manner the man died.

Earlier reports had claimed that Oke Obi-Enadhuze was killed by a stray bullet, but Oke's younger brother has now narrated that thugs stabbed his elder brother and that he was rejected by two hospitals he was rushed to before he breathed his last.

The story of Oke's death has gone viral, with some reports claiming a stray bullet from a police officer killed him.

However, his younger brother, Obi-Enadhuze Daniel, via a long thread on his Twitter handle (@DanielOE16), narrated that a stray bullet did not kill Oke, Vanguard reports.

He said Oke died from an injury to the neck inflicted by one of the thugs that attacked their barracks abode at Mafoloku, Oshodi area of Lagos State, on Wednesday.

Late Oke, who had helped build a blood donation app for Life Bank Services, was a fresh graduate of Computer Science from the Federal University of Agriculture, Abeokuta.

Oke Obi-Enadhuze had just tweeted "Nigeria won't end me," moments before the tragedy. Reactions to the younger brother's explanatory thread have been mixed, with some insinuating that he was pressured to debunk the police 'stray bullet' angle.

Oke Obi-Enadhuze's younger brother, Daniel's tweet read in part: "My mum's two cars were destroyed and set on fire, and then they infiltrated our house by breaking the door. They then proceeded to ransack the house and carted away everything we own.

"My brother, on trying to get them to take everything but spare us, was pushed to my mom's room and stabbed on the neck.

"The attacker then proceeded to attack me, but missed my neck but got my chin instead.

"After this, my mom and I carried my brother's body to the entrance of the station, soliciting for help from the thugs still ravaging the barracks.

"We were finally able to put him in a wheelbarrow and took him to a hospital where he was rejected because 'he was already dead'.

"Unfazed, we moved him to another hospital, where he met the same treatment. This was where he bled his last drops of blood and died. His body has now been moved to a morgue.

"Let it be known that my brother @O_Okee (Oke) was NOT killed by a police bullet, but died a hero protecting my mother and me."