The development had come hours after Tuesday’s shooting of unarmed #EndSARS protesters at Lekki toll gate by soldiers. 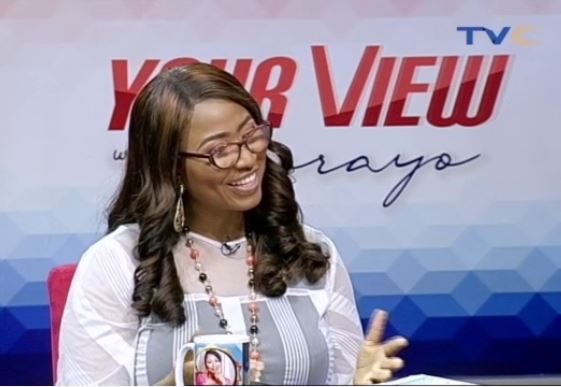 The popular host of ‘Your View’, a Television Continental (TVC) programme, Morayo Afolabi-Brown, has spoken on the attack on her station.

Afolabi-Brown says the attack on the station on Wednesday while the show was on did not come to her as surprise.

TheCable had earlier reported how a mob attacked the TV’s headquarters in Lagos, setting the building ablaze and carting away several items.

The development had come hours after Tuesday’s shooting of unarmed #EndSARS protesters at Lekki toll gate by soldiers.

In a post on her Facebook page, the on-air personality (OAP) said she had earlier predicted the day’s show could be her last because she spoke truth to power.

“Many have asked this question today. The truth is, we understood our responsibility to our audience to speak. I told the ladies yesterday (Tuesday), I said, ‘tomorrow’s show (Wednesday) is likely to be our last show for many reasons’,” she wrote.

“I said, we may be attacked or even fired but we must speak the truth to power”. I’m so glad I said these words because one of it actually happened.”

The TV presenter said despite the disruption of the show by the attack she was happy that her crew spoke the truth not minding whose ox was gored.

“It will go down in history that when the chips were down, the ladies of ‘Your View’ did not back down. We spoke up. I’m glad we did. God bless the new Nigeria of our dreams. #AnewNigeria,” she added.

Morayo also accompanied the post with a video clip of the show before it went offline wherein she could be seen asking probing questions on those who masterminded the attacks on protesters at Lekki toll gate.

She had also called out Babajide Sanwo-Olu, governor of the state, for not putting adequate measures in place to prevent the attack.

“Nigerians have a lot of questions today. So many questions: How do we have military in our state and we have no control over them?

“Who ordered the alleged removal of CCTV cameras? Why was there a blackout yesterday? That’s our conversation today. We want answers. We know our leaders are watching today. Call in, speak truth to power.”

The governor had earlier denied any involvement of the state in the incident, blaming it on “forces beyond his direct control”.