Nigerian soldiers who shot at unarmed protesters will not go scot-free as the US has mandated Osinbajo to bring them to book. 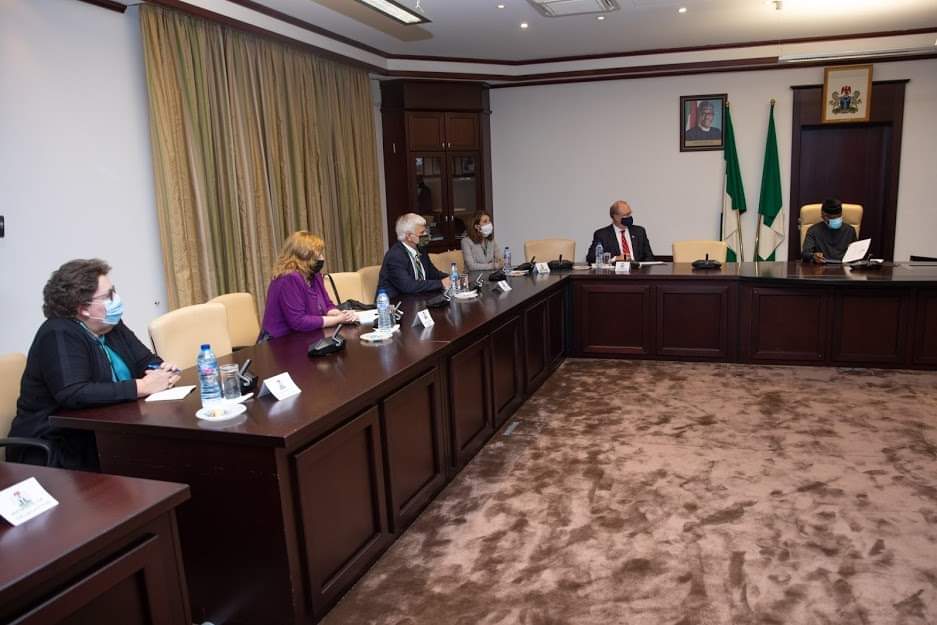 US officials visit Osinbajo over Lekki shooting
Nigeria's Vice-President Yemi Osinbajo has been told to bring soldiers who shot at unarmed protesters at the Lekki toll plaza on Tuesday to book.
The call was made by senior officials of the United States Government on Thursday after they met Osinbajo in abuja.
The Spokesperson for the State Department, Morgan Ortagus, said in a statement that the officials were led by Counselor of the US State Department, Ulrich Brechbühl.
Others at the meeting include: Assistant Secretary Robert Destro and Assistant Secretary Denise Natali.
The officials, according to the statement, raised concerns over the ongoing violence in Nigeria as well as human rights violations and human trafficking.
The statement read in part, “Counselor T. Ulrich Brechbühl met with Nigerian Vice President Yemi Osinbajo today in Abuja, Nigeria as part of a previously scheduled delegation, which included Assistant Secretary Robert Destro and Assistant Secretary Denise Natali, to raise US concerns about ongoing violence in Nigeria, human rights, religious freedom, and trafficking in persons, and to hear from senior Nigerian government officials how they are addressing those issues.
“The counselor expressed the US condemnation of the use of excessive force by military forces that fired on unarmed demonstrators in Lagos. He expressed condolences to the victims of these shootings and urged the government of Nigeria to abide by its commitment to hold those responsible accountable under the law.”
According to the statement, Osinbajo as well as the counselor noted that the right to peaceful assembly and freedom of expression are essential human rights and core democratic principles.
“Counselor Brechbühl and Vice President Osinbajo emphasised the importance of US and Nigerian collaboration on common goals of improving security cooperation and strengthening economic partnership to foster mutual prosperity,” the statement read.
The Nigerian Army had on Wednesday denied that soldiers were at the toll plaza despite video evidence showing soldiers shooting.
Top Stories