The mob had earlier destroyed the local government office and set it on fire before doing the same to the buses. 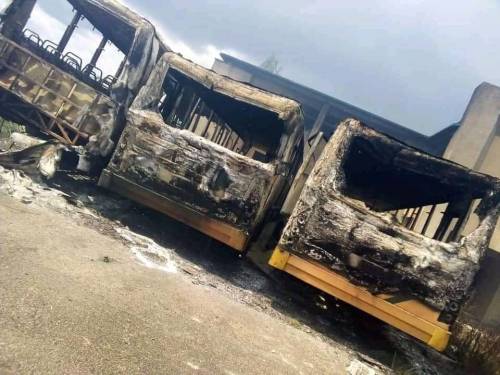 Some of the burnt buses

In what will come across as a really startling development, an angry mob has burnt all shuttle buses parked within the premises of the Okitipupa Local Government Secretariat in Ondo State, according to SaharaReporters.

The buses are used for transporting pupils and students to schools in Ondo.

The mob had earlier destroyed the local government office and set it on fire before doing the same to the buses.

"It is heavy destruction in the Okitipupa. The youth are angry and their agitations were hijacked by hoodlums to perpetrate this evil act.

"They had earlier burnt down a whole police station and even the local government office was not spared as they set it on fire.

"They also razed a high vourt and we are seeing the burning of shuttle buses among other properties. This is too sad," one resident, Mrs Bisi, told SaharaReporters.

An official of the local council disclosed that law enforcement agents have been invited to access the level of destruction. 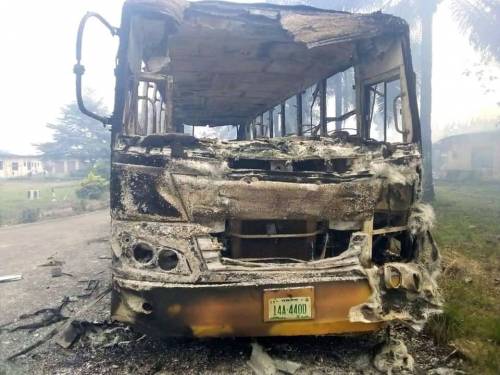 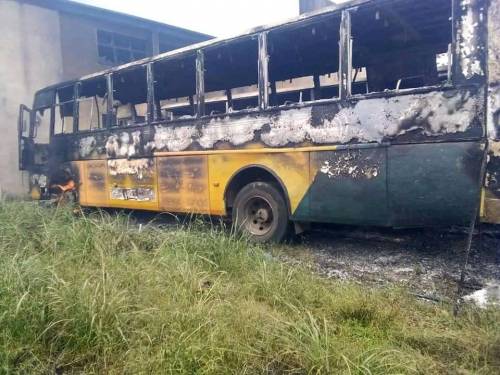 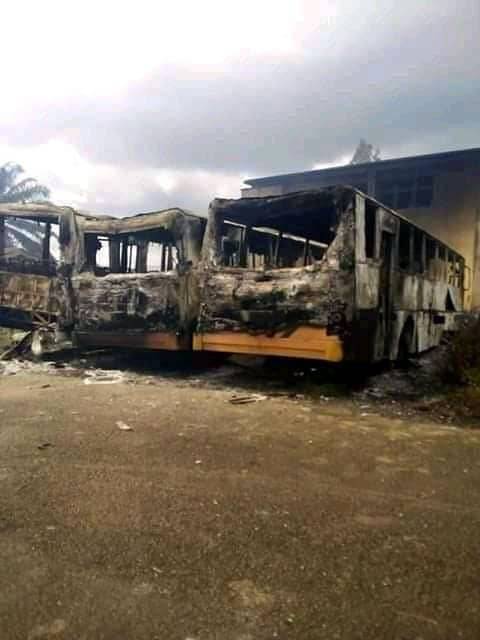 BREAKING: Senate President Tells Nigerians What To Do In 2023 If They're Tired Of Senators
Popular Stories