It was a free- for- all exercise as the hoodlums carted away bags of rice, beans, cartons of noodles and other food items believed to be transferred from the warehouse to the uncompleted building. 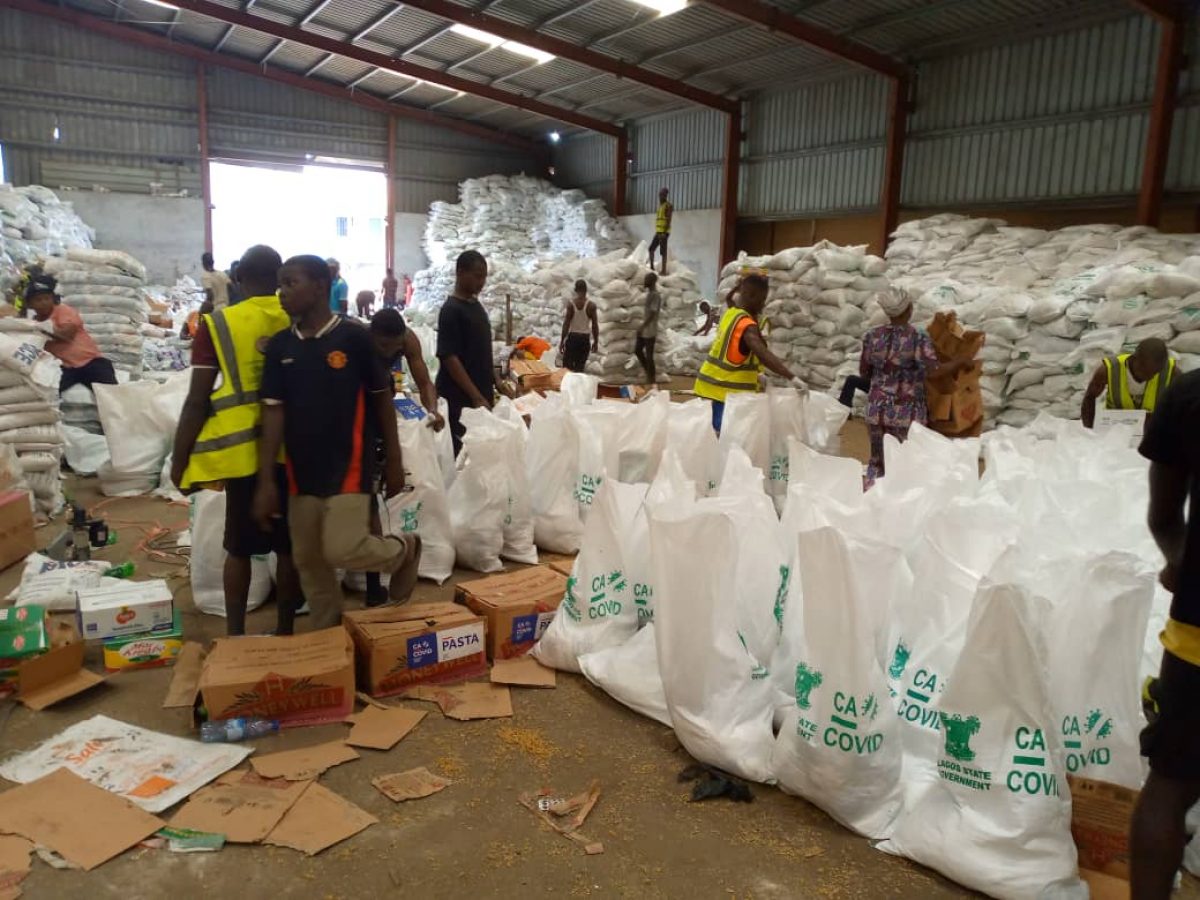 According to The Nation, some hoodlums have looted COVID-19 palliatives in Cross River.

The hoodlums on Friday evening stormed an uncompleted building owned by the Cross River State government and looted some food items believed to be part of the COVID-19 palliatives stored there.

It was a free- for- all exercise as the hoodlums carted away bags of rice, beans, cartons of noodles and other food items believed to be transferred from the warehouse to the uncompleted building.

Video of the looting on social media showed some of youths shouting: “This is wickedness. This is what they were supposed to give us, they did not. Somebody when and kept it in uncompleted building. Let security come, we don’t care.”

“They started burning tyres in the premises, destroying windows and other property. Staff and limited security that were in the secretariat had to leave for safety before calling for re-enforcement.

“It was when re-enforcement of security arrived and they started hearing the siren sound, then they escaped through the nearby creeks.

“What we are telling our people is that there is no sense in destruction of public properties. People should go stay at home and parents should advice their wards to maintain peace in the community.”

As at the time of this report, youths were reportedly heading to the SEMA warehouse.

In a swift response, Ayade announced a 24-hour curfew from 6pm.

A statement Special Adviser Media and Publicity to the Governor Christian Ita, said: “Following the hijacking of the peaceful protest against police brutality in the state by hoodlums, the state governor, Sir Ben Ayade has imposed a 24hr curfew in the state starting from 6pm on Friday, October 23, 2020.”

“Residents of the state are advised to observe the curfew as security agents have been mandated to arrest anybody who flouts it.”