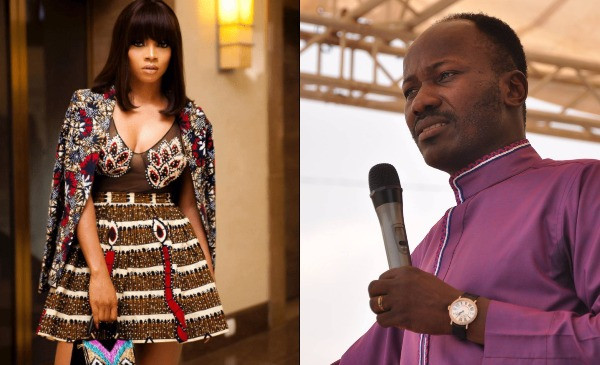 Toke Makinwa and Apostle Johnson Suleman
Toke Makinwa has mocked popular Nigerian pastor, Apostle Johnson Suleman on social media over a testimony he narrated some time ago.
Toke is a popular OAP and Vlogger.
She caused a stir on social media after she dropped a shade for Apostle Suleman over a testimony of his spiritual son who prayed in Germany and landed in France without any visa or entering an airplane.
Recall that Apostle Johnson Suleman said his spiritual son “supernaturally landed in France from Germany without documents or ticket.”
The media personality however dropped the shade in an exchange with follower about people finding God themselves.
See the exchange below; 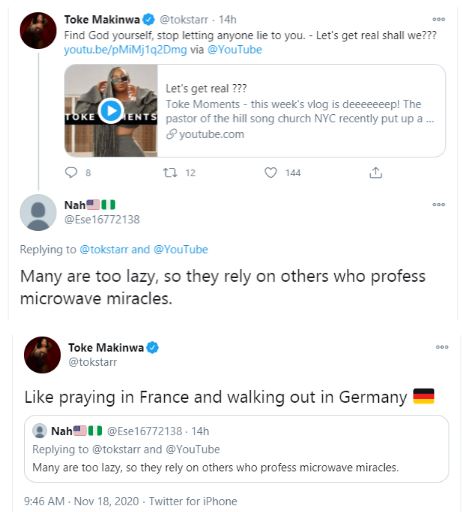