Burna Boy Responds After He Was Dragged For Allegedly Shading Wizkid


Wizkid fans have dragged Burna Boy as they accuse him of trying to take Wizkid’s shine, following his live show on YouTube. 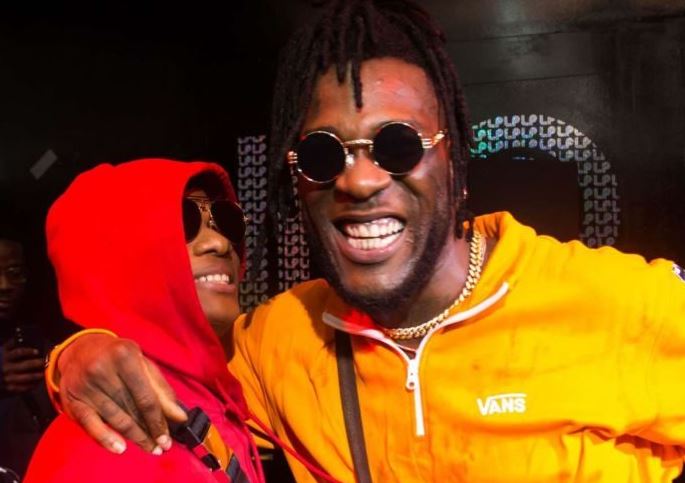 Grammy Nominee, Burna Boy has been dragged on Twitter after fans of Wizkid accused him of taking a jab at their favourite.

The self acclaimed African giant tweeted a video of himself years ago, rehearsed live with a his band before he came to the limelight.

This is me in Port Harcourt rehearsing in 2012 with my “then” Band. NO BE TODAY. Burna Boy Live: Band Rehearsals https://t.co/AqEAsVCRCY via @YouTube

However, fans of Wizkid, blast him as they accused him of trying to take Wizkid’s shine, following his live show on YouTube.

They believed the tweet was targeted at Wizkid who held a live show on YouTube around the same time.

They questioned why Burna Boy did not tweet the throwback of his video during the day he performed his show live on YouTube.

In response to the backlash, Burna Boy noted that Wizkid is his brother and that he was not shading him.

Na wa o! On top my own Brother again?

Meanwhile, some of Wizkid fans have described Burna Boy as insecure but talented man, while Burna’s fans defend him, says their favorite singer was not referring to Wizkid.