Meet Courtney Skaggs, The Woman Who Was Born With Testicles And A V*gina (Photo)


Courtney, from San Diego in California, was deemed female by doctors soon after birth because of her overall physical appearance. 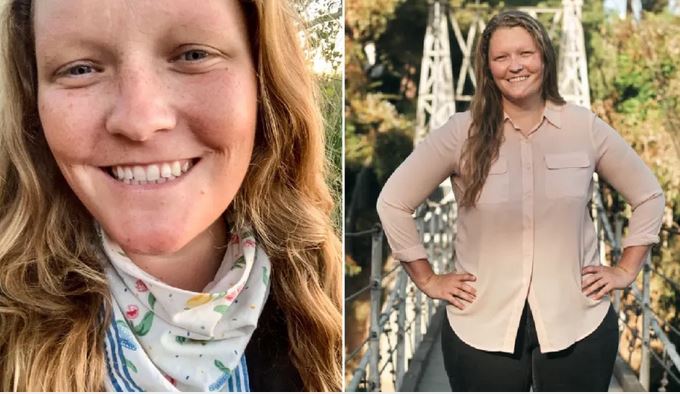 Metro UK writes on Courtney Skaggs, the woman who was born with a vagina and testicles.

An intersex lesbian born with testicles and a vagina has declared ‘we are not freaks’ after being operated on as a baby.

Courtney Skaggs, 29, is genetically male but was also born with a clitoris. However, her body rejected its male hormones and she now lives as an ‘intersex femme’ following the invasive surgery from when she was a newborn.

Courtney, from San Diego in California, was deemed female by doctors soon after birth because of her overall physical appearance.

She then underwent surgery at six weeks-old to ‘normalize’ her genitalia by removing her testicles, but is now distressed that such a major, life-changing procedure was conducted without her consent.

The operation took place even after Courtney had been identified as intersex at birth, when doctors realized she had XY (male) chromosomes.

Courtney believes she was ‘robbed’ of her true identity when she underwent surgery to remove the testicles she was born with, and wishes her body had been left alone. She said she’s unsure how her body would have developed differently if she was left with her male hormone-producing testes.

Courtney now campaigns for intersex-related surgery to be stopped, claiming it strips individuals of ‘who they really are’.

She said: ‘When somebody makes the decision to alter your body you are stripped of who you really are. That leads to mental trauma for a lot of people.

‘I don’t know where my gender ID would be if I didn’t have that surgery. I have been robbed of who I am from the core.

‘I was made to feel like I should hide who I really am for my whole life. I was forced into what was is accepted as the female definition.
‘I was born with sex traits that don’t fit the standard male and female, I have some characteristics of both.

‘We are neither male nor female, we are a hybrid of genders dotted along the sex spectrum. For me, I was born with testes, a vagina and a clitoris, and have XY chromosomes, typically found in males.

‘But my body rejected the male hormones and my body developed predominantly feminine. I also don’t produce any oestrogen and I didn’t go through puberty like any of my friends, I have never had a period.

‘I grew up in a world where jokes were made about intersex traits so a lot of the time I’ve felt misunderstood and alone. I’ve spent a lot of time worrying if my body is normal.

‘I have been made to feel like a freak for who I am because there is a lack of acceptance and recognition in society for people like me. I have not been able to live my life authentically because I’ve felt like I have to hide who I really am.

‘I was pushed to fit into the female definition for most of my life. I have learned to love that I am intersex and that is something that should be celebrated, not hidden.’

Courtney’s anatomical make-up means her body has never produced the usual amount of female or male hormones, which resulted in her going through the menopause as a pre-teen. Additionally, Courtney said she has never had a period, and did not go through puberty in the same way her friends did.

Only around 1.7% of the population is born with intersex traits, roughly around the same amount of people who are born with red or ginger hair, but having a combination of male and female genitalia like Courtney is much rarer.

Each person’s body responds differently to being intersex; females are known to produce masculine body hair and may be born with a noticeably large clitoris, or lacking a vaginal opening. Males, meanwhile, can be born with a notably small penis, or with a scrotum that is divided so that it has formed more like a labia (outer vaginal folds).

‘A lot of people don’t even know we exist’, said Courtney, who is lesbian.

‘For so much of my life it was dominated by trauma and pain because I have never known anyone else like me. I tried to hide who I really was when I was growing up because I had no one to compare myself to.

‘But in recent years I have worked hard to love myself and after connecting with online support groups, I have found I am not alone.

‘We have a right to body autonomy. Sex is non-binary and there is a spectrum, people like me are more in the middle of that spectrum than most other people.

‘Awareness is so important and I am working very hard to make things better for future generations of intersex individuals. So much depends on education and one key thing that needs to end is intersex surgery.

‘Many people like me want to live our lives how we are born.’

Among other things, Courtney says she wants to see greater government recognition, support, adequate healthcare and laws to ‘protect our bodies’ to be introduced.

She also hopes sharing her story will help others in a similar position, and said: ‘Representation and community acceptance is key to help people who are intersex realise that their bodies are beautiful just the way they are.

‘Now I have turned the pain and trauma I used to experience into joy, my identity brings a lot of color into my life instead of darkness.’